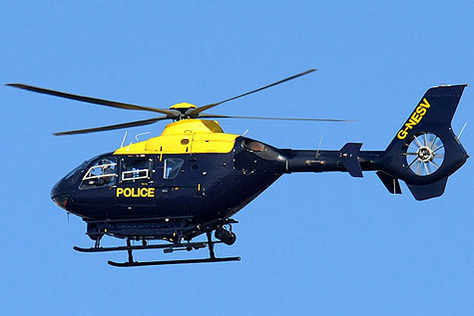 A FIVE YEAR OLD boy was airlifted from Lamphey School after becoming unwell on Tuesday (Jan 6).

A police helicopter was used to convey the child to hospital.

A spokesman for Dyfed-Powys Police told The Herald: “At approx. 1.50 on Tuesday January 6, a report was received that a 5 year old boy was very unwell in Lamphey School, Pembroke. Paramedics were at the scene giving the boy medical treatment, but there was a request for the force helicopter to assist to convey them to Withybush hospital, and possibly Cardiff, should that have been required. The child and paramedics were transported to Withybush Hospital, where our involvement ended.”

Rob Jeffery, the Welsh Ambulance Service’s Head of Operations for the Hywel Dda University Health Board area, said: “At approximately 1.30pm on Tuesday, we were called to reports that a boy had taken ill at Lamphey School in Pembroke. Within six minutes we had dispatched a paramedic in a rapid response car, and they were joined at the scene by a second paramedic in a car.

“Given his condition the decision was made to airlift the boy to hospital, and it was established that the police helicopter would reach the scene faster than one of the Trust’s Helimeds.”

“The boy was airlifted to Withybush Hospital with a paramedic on board.”

A spokesman from Pembrokeshire County council said: “A helicopter was used because of the urgency of the situation. I understand the pupil is now home and making a full recovery.”