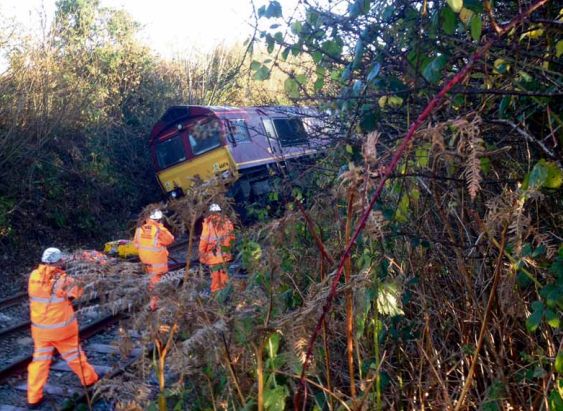 The incident caused rail disruption before being removed earlier this week.

The location of the incident meant that the engineers were unable to use a crane to shift the EWS Class 66 diesel locomotive, which weighs about 130 tonnes. Instead, the engineers used a jacking system to right the loco’s chassis and get it back to the vertical.

The regular train service to and from Milford Haven is now running as normal.