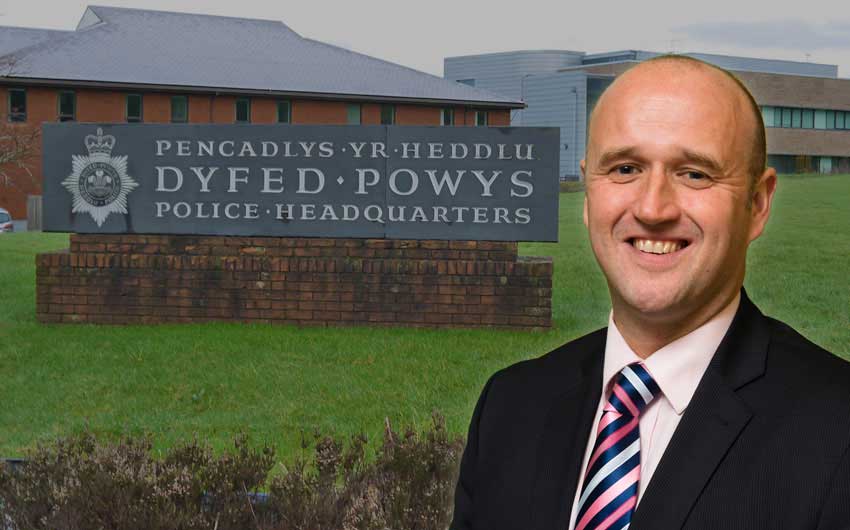 THE LOCAL Police and Crime Commissioner Dafydd Llywelyn has announced that the budget has been supported by the Dyfed-Powys Police and Crime Panel, which will result in an annual increase of £15 for a band D property in the police precept – remaining the lowest council tax precepts in Wales.
The Police and Crime Commissioner is responsible for setting the budget for the police, which includes setting the precept – this is the element of the council tax that goes to the police, and has been reviewed and supported by the local Police and Crime Panel.
The rise will mean a monthly increase of £1.25 per household for a band D property. The £15 a year increase for 2021/22 proposed by Mr Llywelyn is consistent with the UK Government’s precept flexibility, announced in December 2020.
In December 2020, the Commissioner launched a public consultation on the police precept, which asked the public for their views on police funding. Over 600 people took part in the consultation. 80% of respondents noted that they were willing to pay an increase in the council tax precept, with 64% happy to pay an additional £1.50 a month.
Police and Crime Commissioner, Dafydd Llywelyn said, “I am grateful to the Dyfed-Powys Police and Crime Panel members for the support today.”
“Given the array of pressures and service demands faced, I have carefully considered the significant impacts and risks that threaten our local communities. This level of funding will enable the Force to continue to focus on the delivery of my Police and Crime Plan and continue to safeguard the public of Dyfed Powys.”
“It is also pleasing that the results of my public consultation concluded overwhelmingly that a majority of the public were supportive of an increase in their policing precept to support our police service.”
“I thank the panel and public for their continued support.”

Glangwili under pressure with significant number of COVID-19 patients