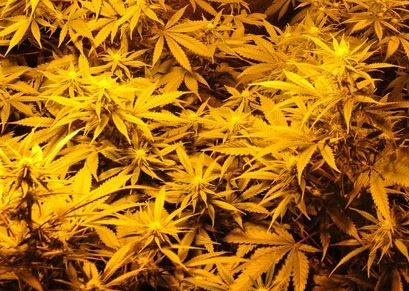 POLICE officers literally sniffed out a massive cannabis factory in the centre of Milford Haven.

Police went to The Old Sessions House, on Nantucket Avenue, making enquiries about a different matter.

But while they were there they could smell cannabis and followed their noses to number three.

Brian Simpson, prosecuting, told Swansea crown court that police were stationed at the rear of the property while other officers knocked on the front door.

Those at the back soon saw Duong Nguyen, aged 38, climbing out of a window. When he saw the police he climbed back in and opened the front door.

Mr Simpson said the three storey property had been turned into a cannabis factory and police found 776 plants capable of producing cannabis with a street value of £651,000.

Nguyen, an illegal immigrant from Vietnam, admitted producing a controlled drug. He told police he had been helping to produce cannabis since he entered the UK in 2009.

factories to look after the plants.

In return, he was given food and allowed to live at The Old Sessions

Mr Simpson said Nguyen had been questioned about a fire at a cannabis factory in West Bromwich and his fingerprint had been found inside a similar operation in Bristol.

Judge Huw Davies jailed Nguyen for 12 months. He said he would recommend that he was deported from the country after he had served his sentence.

Nguyen said he did not want to be released after serving his sentence because he would have nowhere to live and nothing to eat.

He said he was pleading guilty so he could get back to Vietnam as soon as possible.