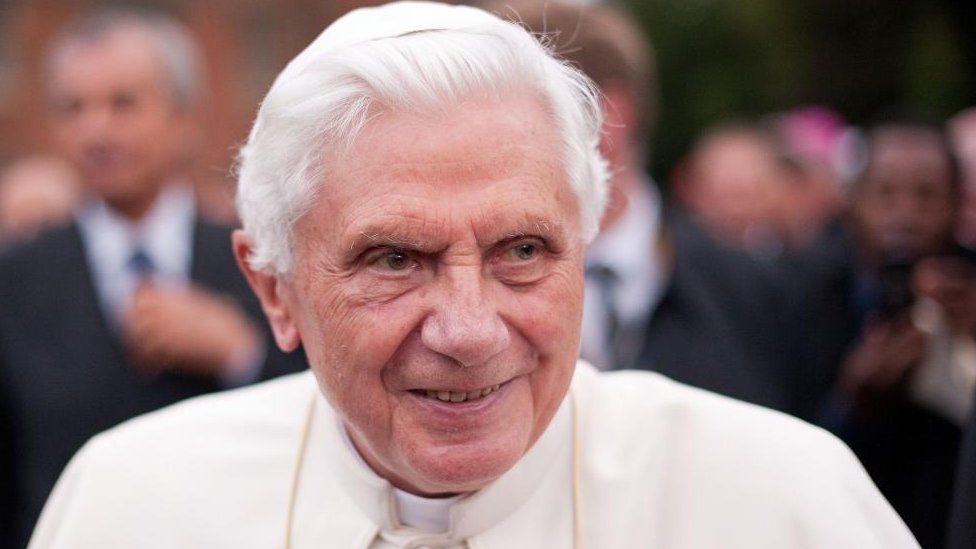 He passed away in the Mater Ecclesiae Monastery in the Vatican where he had lived since his resignation, a spokesman for the Holy See said on Saturday.

“With sorrow I inform you that the Pope Emeritus, Benedict XVI, passed away today at 9:34 in the Mater Ecclesiae Monastery in the Vatican. Further information will be provided as soon as possible,” the spokesman said in a written statement.

Earlier this week, Pope Francis disclosed during his weekly general audience that his predecessor was “very sick”, and asked for people to pray for him.

For nearly 25 years, as Cardinal Joseph Ratzinger, Benedict was the powerful head of the Vatican’s doctrinal office, then known as the Congregation for the Doctrine of the Faith (CDF).

The Vatican said the former Pope’s body will lie in state from Monday.

A leading Scottish archbishop has recalled the “honour” of working closely with Pope Benedict XVI.

Leo Cushley was speaking after the Vatican confirmed the former pope’s death on Saturday, aged 95.

Mr Cushley, who has been Archbishop of St Andrews and Edinburgh since 2013, accompanied him on international trips in his capacity as the head of the English language section of the Vatican Secretariat of State between 2009 and 2013.

That included trips to Malta, Cyprus and the UK in 2010.

Benedict also had lunch with the archbishop at the official residence of the Archdiocese of St Andrews and Edinburgh.

“It was a wonderful day.”

Foreign affairs minister Micheal Martin has paid tribute to Benedict, echoing the Irish president’s comments that the former pope would be remembered for his commitment to global peace – including in Northern Ireland.

The Irish deputy premier also said the former pontiff will hold a “special place” in the collective memory of Catholics the world over as the first pope in almost 600 years to retire.

In a statement, Mr Martin said: “He showed great strength of character and humility in leaving the papacy at a time when, by his own analysis, his declining health meant he could not provide the leadership he felt the Church required at the time.

“He will be remembered for his commitment to global peace including in Northern Ireland and particularly for those of the Catholic faith as a respected theologian and scholar.

“I extend my condolences to Pope Francis, to Archbishop Eamon Martin, the Catholic Primate of All Ireland, to the family and friends of Pope Emeritus Benedict, and to all those of the Catholic faith in Ireland and around the world.”