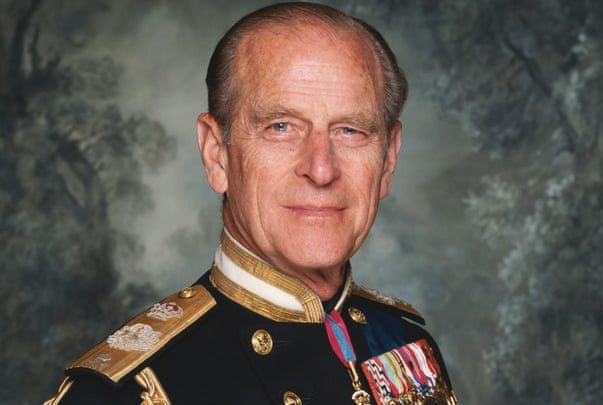 The Duke of Edinburgh, the Queen’s ‘strength and stay’ for 73 years, has died aged 99.

Prince Philip’s health had been slowly deteriorating for some time. He announced he was stepping down from royal engagements in May 2017, joking that he could no longer stand up. He made a final official public appearance later that year during a Royal Marines parade on the forecourt of Buckingham Palace.

Since then, he was rarely seen in public, spending most of his time on the Queen’s Sandringham estate in Norfolk, though moving to be with her at Windsor Castle during the lockdown periods throughout the Covid-19 pandemic and where the couple quietly celebrated their 73rd wedding anniversary in November 2020. He also celebrated his 99th birthday in lockdown at Windsor Castle.

The duke spent four nights at King Edward VII hospital in London before Christmas 2019 for observation and treatment in relation to a “pre-existing condition”.

Despite having hip surgery in April 2018, he attended the wedding of Prince Harry and Meghan Markle a month later and was seen sitting beside the Queen at a polo match at Windsor Great Park in June. He and the Queen missed Prince Louis of Cambridge’s christening in July 2018, but he was seen attending Crathie Kirk near Balmoral in August, and driving his Land Rover in the surrounding Scottish countryside in September.

It is expected that flags on landmark buildings in Britain will be lowered to half-mast as a period of mourning is announced.

The First Minister of Wales, Mark Drakeford has expressed his sadness on the news of the death of His Royal Highness The Duke of Edinburgh and offered condolences to Her Majesty Queen Elizabeth II and the Royal family on behalf of the Welsh Government.

He said: “It is with sadness that we mourn the death of His Royal Highness The Duke of Edinburgh. Throughout his long and distinguished life, he served the crown with selfless devotion and generosity of spirit.

We offer our sincere condolences to Her Majesty Queen Elizabeth II, his children and their families on this sad occasion.

He will be missed by the many organisations that he supported as Patron or President over many decades of service”.Andrew RT Davies, the Leader of the Welsh Conservatives in the Senedd, has led tributes to Prince Philip, Duke of Edinburgh, whose death was announced today.

In light of the sad news from Buckingham Palace, campaigning has been paused with immediate effect.

Mr Davies said: “This is a very sad day for the United Kingdom.

“Dutiful, devoted, and diligent, his like will never be seen again, and Welsh Conservatives offer their deepest condolences to The Queen, and the rest of the Royal Family.”

Adam Price, leader of Plaid Cymru said: “On behalf of Plaid Cymru, I send my condolences to Her Majesty the Queen and her family. Many young people in Wales will have benefited from the Duke of Edinburgh’s award scheme, a reflection of many decades of his public service. Thoughts are with the Royal Family at this time.”

Gwlad announces its roster of candidates for Senedd election

Charity challenge clocks up the miles from Cardiff to Qatar