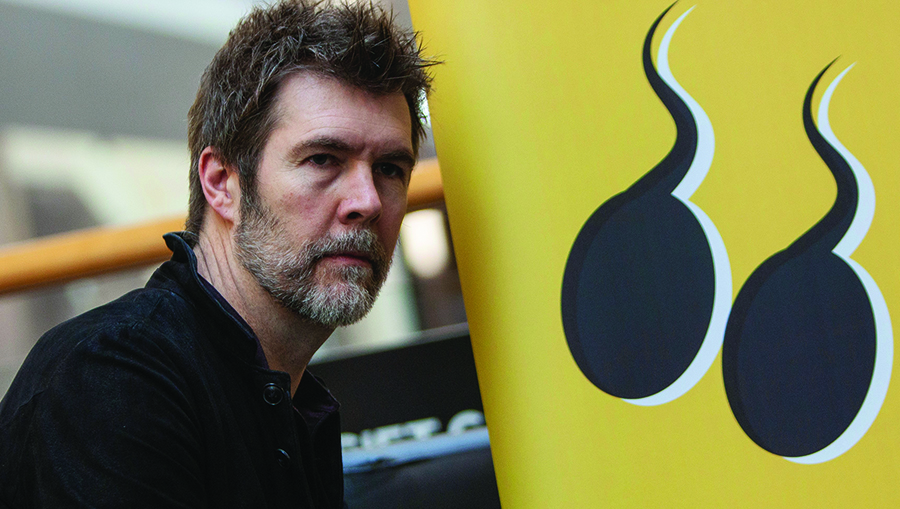 Fertility Network UK, the nation’s leading patient-focused fertility charity, is proud to announce that Rhod Gilbert’s HIMfertility campaign will merge with the charity’s existing male fertility initiatives, including a male-only support group, to support more men in the UK.
“I started the HIMfertility campaign after my wife and I had issues trying to conceive,” explained Rhod Gilbert. “The experiences we had while exploring fertility issues showed me just how little support and understanding there is around male infertility. I want to encourage men to open up and talk about the issue and to get the right support.”
Although infertility affects around one in six couples in the UK, it is not common knowledge that an estimated 40-50% of these cases are caused by male factor fertility issues. In his recent BBC documentary Rhod Gilbert: Stand Up to Infertility, the comedian used his own experience of fertility problems to launch HIMfertility, a campaign designed to destigmatise and raise awareness of male infertility. Rhod’s documentary is available to watch on BBC iPlayer now.
Gwenda Burns, Chief Executive said: “We are delighted Rhod’s HIMfertility campaign is joining forces with our charity. The campaign and documentary have been very successful in raising awareness of male fertility issues and we want to continue to build on that momentum.  What we need to see now is a greater focus on men: support for men experiencing fertility problems, as well as research into male fertility. This new opportunity is a big step in the right direction against making infertility – male or female – a taboo subject.”
Rhod Gilbert to join male-only support meeting
The comedian and face of HIMfertility will join the next online meeting of Fertility Network UK’s Male Support Group on Wednesday 17th February 2021. Currently, the group meet online each month to offer support to each other and to learn from guest speakers. Members of the group are currently fundraising to take on #BaseCampforFertility, an expedition to Everest Base Camp planned for March 2022.

Council offers a step on the career ladder with apprenticeships

Major boost to Welsh economy as A4119 upgrades start construction