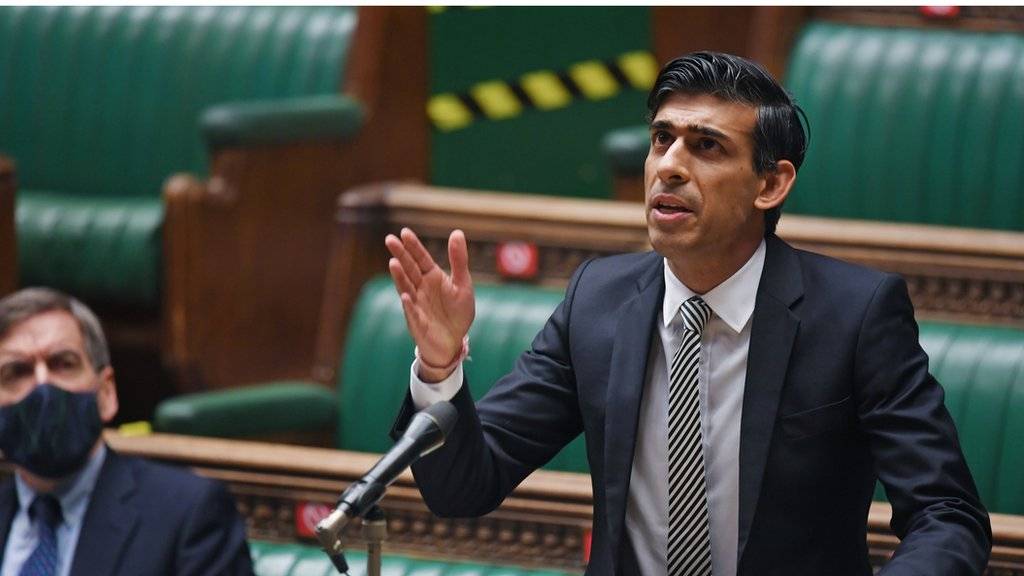 A HUGE hike in corporation tax is probably the main headline announcement of the budget.

The chancellor said: “This new higher rate won’t take effect until April 2023, well after the point when the OBR expect the economy to have recovered. And even this, because corporation tax is only charged on profits, any struggling businesses will, by definition, be unaffected.

“I’m protecting small businesses with profits of £50,000 or less, by creating a Small Profits Rate, maintained at the current rate of 19%.”

“This means around 70% of companies – 1.4 million businesses – will be completely unaffected.

The Chancellor also said businesses can carry back losses of up to £2m for three years and adds that the bank surcharge will be reviewed so combined rate of tax on UK banking sector doesn’t increase significantly from current level.

This announcement was on top of a raft of other measures, including the previously leaked extension of the furlough scheme, and confirmation that
the Hospitality and tourism will continue to enjoy a 5% reduced rate of VAT for a further six months.

Support for the self-employed will also be extended until the end of September.

“When the scheme was launched, the newly self-employed couldn’t qualify because they hadn’t all filed a 2019-20 tax return,” Rishi Sunak says.

“But as the tax return deadline has now passed, I can announce today that, provided they filed a tax return by midnight last night, over 600,000 more people, many of whom only became self-employed last year can now claim the fourth and fifth grants.”

Commenting on the Budget statement, Welsh Conservative Senedd leader, Andrew RT Davies MS said: “At the start of this pandemic, as Conservatives we said we would do whatever it takes to protect jobs and livelihoods – and today’s budget continues that commitment to families, workers and businesses across Wales.

“After the most difficult year in the history of peacetime Britain, the budget extends the support for Wales to save jobs, invests in industry and business, and provides an extra £740 million of funding to the Welsh Government.

“Labour ministers in Cardiff Bay must now use this additional funding to extend the business support for firms across Wales and deliver a council tax freeze to help keep more money in the pockets of hardworking people.

“Our recovery and future economy depends on remaining as one United Kingdom. Only the Welsh Conservatives – working with, rather than against a Conservative UK Government – can succeed in getting things done to rebuild Wales.”

Rishi Sunak confirmed that 95% mortgages will be guaranteed by the government as part of government plans to turn “generation rent into generation buy”.
“I’m pleased to say that several of the country’s largest lenders including Lloyds, NatWest, Santander, Barclays and HSBC will be offering these 95% mortgages from next month, and I know more, including Virgin Money will follow shortly after,” the chancellor says.
“A policy that gives people who can’t afford a big deposit the chance to buy their own home.”

Working Tax Credit claimants will also be given more support for the next six months, with a one-off payment of £500, it has been announced.

A welcome announcement for many families in Wales will be the confirmation that the Universal Credit uplift of £20-a-week will continue for another six months, the chancellor announces

The Chancellor also added that the personal tax thresholds will be frozen.

As part of the spring budget, the Chancellor has just announced that the stamp duty holiday is to be extended, offering a total tax saving on properties costing up to £500,000 and a reduction on homes costing more than that. In addition first-time buyers will have access to government guaranteed mortgages with a deposit of just 5%. Home Insurance Expert at Confused.com Jessica Willock says:
“The new government backed mortgage scheme should give first-time buyers the chance to save on rent payments and take steps onto the property ladder.
“Our research found that more than a quarter (27%) of people said that if they knew of ways to save money when it comes to their homes, they would use them. So, the stamp duty holiday extension can also be seen as an opportunity to give buyers the boost that they need by removing some of the financial pressure attached to a new home.

“But the extension is only temporary, lasting until June 30th. So, whether you’re already in the purchase process or you’re deliberating a move, it’s important to get the ball rolling as the deal must complete by the deadline, otherwise you could face some big bills. If you’re confused about what you may have to pay, use our Stamp Duty Calculator to help you factor in the fees.”
Commenting on the furlough extension, Aude Barral, co-founder of developer recruitment platform CodinGame, said: “There will be a collective sigh of relief from families across the country that the furlough scheme has been extended.

“Millions of people will have been facing the prospect of having little or no income from May, and for the time being that cliff-edge scenario has been avoided. But the problem hasn’t gone away, it’s simply been kicked down the road.

“Furlough is protects salaries, not jobs. Many furloughed workers will still be worried they won’t have a job to go back to when the financial support eventually ends.

“There will be thousands of businesses going to the wall over the coming months and sectors such as hospitality and retail may never fully recover.

“Millions of people are facing unemployment without the transferable skills they need to find a new career.

“There wasn’t enough in the Chancellor’s speech to address the digital skills gap, for my liking. Digital upskilling should be at the forefront of the Government’s plans to unlock the country’s full potential, as that’s where demand is going to be post-pandemic, in a fast changing digital landscape.

“Businesses need to be continually updating their workers’ digital skills to remain competitive, and individuals need the help and support to identify the transferable skills they have and develop new skills to stand the best chance of finding a new job or career.

“We live in a world where new technologies play an increasingly important role in all aspects of business, and demand for digitally skilled employees is only going in one direction.”

Addo – a pledge to keep Wales safe while staying local