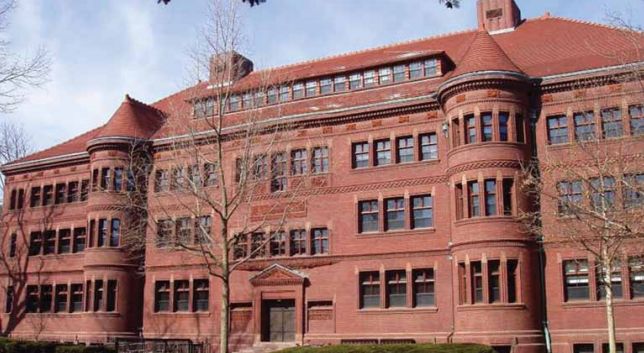 PUPILS at a Pembrokeshire school are to take part in a unique educational project with a top American university.

Ysgol y Preseli in Crymych has forged a link with Harvard University with the aim of improving the long term well-being of its pupils.

The project will kick off in the New Year when pupils in Year 7- the first year of secondary school – will be given detailed questionnaires to fill out, which will then be sent to researchers in the US.

The information will help both the school and Harvard researchers tailor resources to improve how pupils think about themselves and their attitudes to learning at the school.

“I believe we are the first school in Britain to link up with Harvard University in this way,” said Headteacher, Michael Davies.

“We hope that their expertise will help us improve the way we deal with pupils – particularly the most disadvantaged and vulnerable.”

The Harvard link is the brainchild of school governor and educationalist Dr Tim Thomas who has strong links with the American university.

“Harvard is one of the world’s leaders in educational research,” he said.

“They believe very strongly that the right resources put in at secondary school level can be life changing.”

The Harvard project is one of a range of measures Pembrokeshire County Council undertakes to improve the well-being of pupils across the county.

All schools already take part in the PASS survey, which assesses pupil well-being twice a year.

In addition several schools are also participating in a project with the University of Sussex.

“We take the educational well-being of our pupils very seriously,” said Michael Davies.

“Attitudes to learning are vital if pupils are to progress and reach their full potential.”