Home » Solider ‘a whisker away’ from jail term 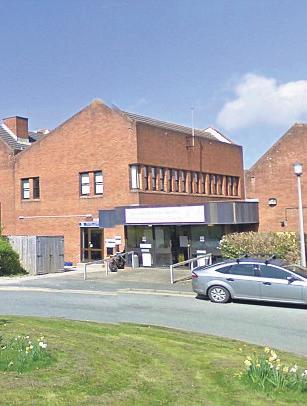 MAGISTRATES removed a number of bail conditions, including an electronic tag, attached to a Haverfordwest man at Court on Wednesday (Dec 17). Joshua Simmons, aged 24 of Dew Street, pleaded guilty on a basis to a charge of ABH, theft of a mobile phone and possession of less than a gram of cannabis.

A fourth charge of breaching a nonmolestation order was dropped after it was revealed that the complainant initiated the breach by going to his house and then having sexual relations with him on that evening. The Magistrates indicated that they were looking at giving a community order and a report will now be prepared by the probation service.

At a previous hearing, five bail conditions were imposed on Simmons. These were a curfew from 9pm-7am – for which he was also given an electronic tag – not to contact the complainant, not to enter Milford Haven, that he should report to the police station every day and that he should live and sleep at his address.

The chairman of the bench removed those conditions. The two new conditions he was given were he should not contact the complainant and that he should cooperate with the probation service. Prosecuting, Peter Lloyd said: “The basis is not acceptable to the crown. The lady says she went to his address in Dew Street and accepts that she shouldn’t have gone there. “Whilst in the house, he looked at her mobile phone and saw messages from other lads on it.

This resulted in the assault and he grabbed her hair and pushed her to the floor. He went out but come back soon after and pulled her by the hair, dragging her along the floor. The CPS say that she was stamped on the face by the defendant, while he says that the injury was caused by him kneeing her to the eye. He does accept that he caused the injury. He grabbed her by her hair again and wouldn’t let her out. He has eventually pushed her out of the flat”.

Defending, Mike Kelleher said: “There are differences in the accounts of what happened. On this night she had alcohol. We say she was drunk and had gained access to his flat and they slept together. My client has become worried because he knew about the nonmolestation order and that she might be able to make a complaint.

“He told her to get out of the flat and the assault occurred. He fell on top of her and kneed her to the side of the face. It took some more persuasion for the lady to leave and it is a shame that it has ended up like this. “He accepts he caused the injury and that he perhaps was a little rough in getting her out, but he apologises for all of this.” The Magistrates indicated that they would be sentencing on the basis given by the defence and ordered for a report. The matter will come back to court on January 14, 2015 and Simmons was