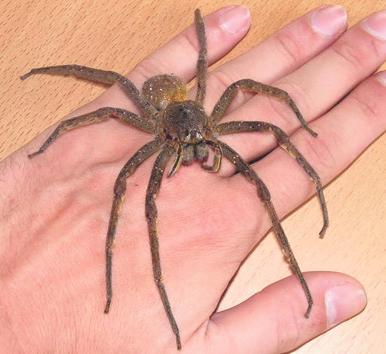 A REPORT from the British Pest Control Association (BPCA), last week, identified Wales as the country in the UK with the most amount of pest problems per person. According to statistics, Welsh local authorities treated pests almost 50,000 times last year, with rats accounting for over half that amount. However, a developing problem for pest controllers is that of, so called, ‘exotic’ animals, such as tropical spiders and snakes. As Britain’s climate warms up, many of these visitors are surviving in people’s houses, as well as many that have escaped from pet collections.

In January, a pest control company was called out to an Aberdare residence that reported an infestation of the African tarantula, the Baboon spider. This is not an isolated incident, however. Managing director of IPC Pest Control, Danny Tillier, spoke exclusively with The Herald and Pembs TV about his experience in the business and one of the more unusual things he has come across on the job:

“A few years ago I had a call out for a scorpion in a hotel room – someone had come in from abroad they put their suitcase on the bed and out it crawled! “We went there and found it under the bed and put an ice cream tub on top of it – to be honest we stamped on the ice cream tub! I wasn’t taking any chances.” In another incident, he told us about a chipmunk that had been found in a resident’s kitchen cupboard. He said he has removed his fair share of snakes but admitted he wouldn’t be going near any spiders anytime soon as he is an arachnophobic. Danny went on to explain how, these days, most of his call outs are the usual: rats, mice and cockroaches. However, he said the main problem in Pembrokeshire are moles which he says ruin people’s gardens and create lots of issues with tunnelling under lawns, thus creating holes.