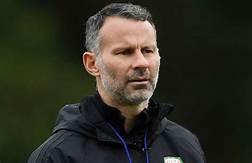 WALES manager Ryan Giggs has been charged with assault.

He has been bailed to appear at Manchester and Salford Magistrates Court on April 28.

Giggs has not been involved with the Wales side in recent months with Robert Page taking charge of the team in his absence.

He has been accused of actual bodily harm one one woman and common assault on another following an alleged incident in November 2020.

Giggs is also charged with coercive or controlling behaviour between December 2017 and November 2020.