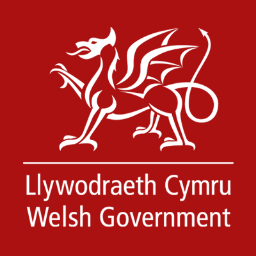 WELSH Government, through the CAP, is committed to supporting a productive agriculture industry in Wales with a strong emphasis on family farms helping to deliver this aim.
This was the key message from both the Minister for Natural Resources and Food, Alun Davies and Andrew Slade, Welsh Government Director of Agriculture, Food and Marine, when they addressed the autumn meeting of NFU Cymru Welsh Council in Cardiff earlier this week.
Speaking on Monday night to Welsh Council delegates over dinner, the Minister said: “The challenge we all have together, in making decisions on this round of CAP negotiations, is articulating a vision of our industry at the end of this CAP period – in seven years’ time. We have to put the building blocks in place for the future. We all need to think about our community, our county and our nation and what will sustain this industry into the future.”
In response NFU Cymru President Ed Bailey said: “NFU Cymru fully respects the challenge ahead for Welsh Government in implementing and delivering the new CAP in Wales from 2015 and we hope the Minister’s commitment to our industry will manifest itself when it comes to the issues that he has the flexibility to decide upon for Wales.”
Members at Council were however frustrated by the lack of detail from Welsh Government on how it intends to deliver support to farmers under the Wales Rural Development Plan (RDP) from 2015.
The Welsh Government is currently consulting on proposals for delivering direct payments to farmers from 2015. It is NFU Cymru’s view that at the same time the Government should be providing farmers with the ‘full picture’ and providing similar detail with regards to the schemes it intends to deliver under the Wales RDP from 2015.
Mr Bailey said, “We have always seen the two pillars of CAP as being complementary. Pillar one delivers a level of income stability to help farmers cope with market failure and pillar two delivers wider social and environmental support.
“Farmers are rightly asking that Welsh Government signals its intentions for both pillars of the CAP to help the industry fully consider how the new CAP will impact on their farming business in what is now just over 14 months’ time.
“The Minister states that he is prepared to move up to 15% of resource from Pillar 1 to Pillar 2 and that this money will be focussed on the improvement of farm and forestry businesses. He also states that he is considering an ANC (uplands) scheme under Pillar 2 but on all these issues no more detail is yet available.
‘’We urgently ask the Welsh Government to provide more clarity on their thinking. I cannot see how they can be contemplating shifting this amount of resource unless they have firm ideas of how and where it will be spent. This information needs to be shared with industry.
“We have real concerns with regard to the possibility of up to 15% of direct payments being siphoned off to rural development measures. This would be on top of resource required to be set aside to fund the National Reserve and Young Farmers elements of Pillar 1 and will put enormous pressure on Welsh farming businesses, businesses that on average already receive some of the lowest levels per hectare of direct payments in Europe.”