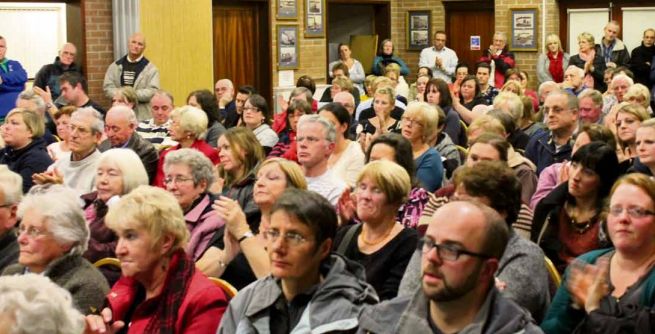 A CONSERVATIVE motion placed before the Welsh Senedd on Wednesday, November 27 about Withybush General Hospital’s future was defeated on the casting vote of the Presiding Officer.

The motion proposed that the National Assembly for Wales express its concern over:

1) The future of consultant-led maternity services at Withybush;

2) The impact the absence of consultant led maternity services would have on other core services at the hospital such as emergency and paediatric care.

The motion called on the Welsh Government to:

(a) Take urgent action to secure the future of core services at Withybush; and

(b) Ensure that Hywel Dda Health Board communicates effectively and unambiguously their plans for the strategic direction of services at Withybush Hospital.

The motion was proposed by South Wales East’s AM William Graham.

The hopes of Labour members to secure marginal Westminster seats were sent plummeting after the Labour group in the Assembly voted en masse against the motion.

Among those AM’s who failed to back the move was local Assembly Member, Joyce Watson. Reaction to Joyce Watson’s vote was swift and furious on social media sites. On the Facebook group Save Essential Services at Withybush, one contributor wrote:

“I think she’s had her chips after people hear her views. As a resident of Haverfordwest she should be ashamed of herself for not supporting local services fully not least jobs and the potential detriment to her constituents’ health!!… Her part in this as an AM should have been to hold Hywel Dda and Trevor Purt to account.”

One person quoted a letter she received from, Stephen Crabb, in which the Preseli Pembrokeshire MP wrote:

“I have heard literally hundreds of testimonies from mums, dads and individuals across Pembrokeshire about how Withybush Hospital has helped to save the lives of their own children and other relatives. My own daughter was born at Withybush so for me, too, this is a very personal issue.

“I do not want to see any services removed from our local hospital and I have actively campaigned against the planned changes. I have spoken out at public meetings, demonstrated outside the hospital, run petitions to save the Special Care Baby Unit and held meetings with the Chief Executive and the Chairman of the Hywel Dda Health Board.

“… The Welsh Government decided to cut NHS funding in Wales by hundreds of millions of pounds – at the same time that they found £52 million to purchase Cardiff Airport. Meanwhile, people in Pembrokeshire and across Wales are faced with reductions in services.”