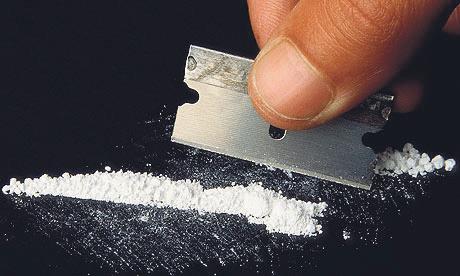 A DANGEROUS legal high changed the behaviour of a youth in a Jekyll and Hyde case, which has highlighted the risks of using test chemicals to get high. On Tuesday (Dec 16), a Haverfordwest youth was sent to prison for twelve months after he pleaded guilty to a series of offences whilst ‘off his head’. The youth, who cannot be named because he is not yet eighteen, had, according to his solicitor, developed an addiction to a class B drug which had caused him to behave ‘in an appalling manner’. The drug in question, Ethylphenidate, is the same chemical which was being sold from Pembs PC in Haverfordwest by the now ex-boss Al Firth, and his partner in crime, Daniel Cobbinah. They will be sentenced on January 16.

Prosecuting this case, Ellie Morgan said: “This boy went to Wilkinson’s store and stole a bottle of aftershave. “Later, in the early hours of the next morning, he entered a woman’s property and stole various items of food from a freezer.” The prosecutor explained how in the early hours of October 18, the defendant was in his partner’s flat high on drugs, paranoid and hallucinating. Ms Morgan added: “The couple had an argument and she said she was going to throw the drugs away. She then went to bed, but at 12:45am he woke her and started shouting in a paranoid way. She came to the decision that she wanted to leave to go stay with a friend.

She picked up her stuff but he has said to her ‘you’re not taking it’.” The court heard how he then grabbed her bag and ripped it from her. The boy went crazy and hit her three times with the bag to her head. Ms Morgan then explained to the bench how the defendant “then went psycho at her and smacked her flat out to the left side of her face.” She added: “The victim looked at him and could see that his eyes were massive, red and looked evil. She ran out of the property and knocked on a neighbour’s door. The police were called. As a result of the attack she had bruising to her arms and face.”

But this was not the end of the matter. Later on, the youth entered the property through a small window, where he slashed clothes and damaged a washing machine and hoover. He also stole items. The overall cost of all the damaged and missing items, according to the CPS was around £1500.

The court heard the reason given for the behaviour by seventeen-yearold was “because you p****d me off, I was off my f*****g head on drugs.” The youth was arrested after a further incident at an address in Merlin’s Bridge. The court heard he tried to run away, and police used a Taser to apprehend him. After being stunned, he had a ‘seizure’ and was taken to Withybush Hospital – but he managed to escape from custody not once, but twice.

The CPS explained: “He was eventually caught and arrested for these matters on Wednesday, November 12”. Defending, James Subbiani said: “Unfortunately, in the last few months he has developed an addiction to this drug and it has caused him to behave in an appalling manner. This is not indicative of the person I have known for some time. The high, known as Ethylphenidate, is behind all of these offences. He has been stealing items to sell to fund his addiction.”

Mr Subbiani tried in vain to persuade the Magistrates against sending him to prison and instead give him a high level youth rehabilitation order. However, the bench did not agree and he was sentenced to four months for the assault, another four months for the burglary and a final four months for escaping custody. The chairman of the bench said: “Prison is the only option.”