Home » A call to arms 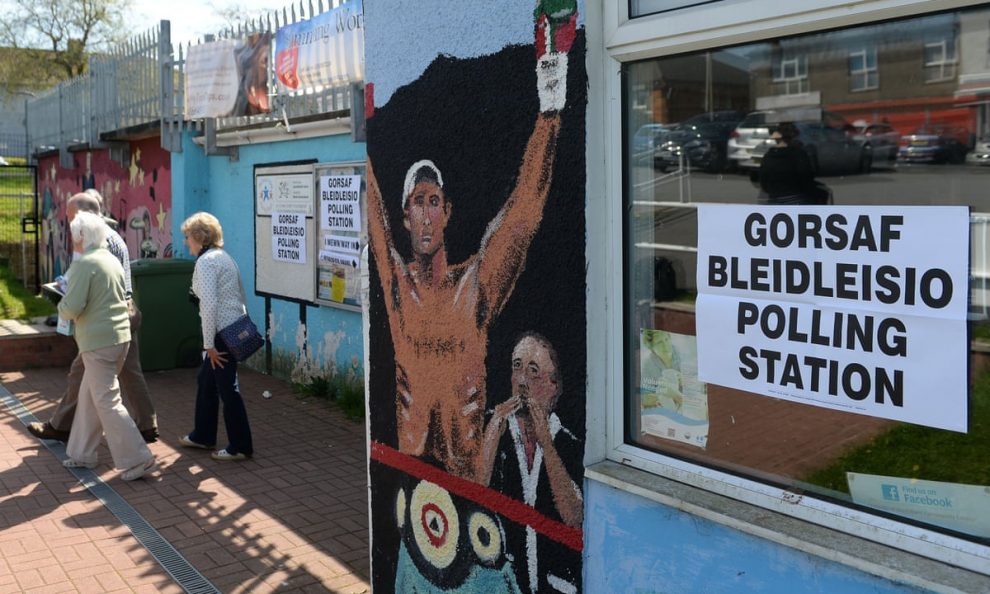 AN OLD buddy told me the other day that apparently Katie Hopkins is running in the Welsh Parliamentary Elections.
Whether that’s accurate or not: excuse me… what?
In what universe can this be possible? Has she ever been to Wales?

Neil Hamilton, of course, only slightly less odd than Katie Hopkins, is already there and hopes to keep his seat. It seems there is a bit of crazy going on here. I want to know what’s happening in there.

So, if Katie Hopkins can run, well, then I can too.

There are local elections going on all over England and Scotland at the moment, and there are many good working-class people signing up to run as candidates. We need to do this here in Wales too.
A lot has been said about Welsh Independence, and I can see why there are people who are thinking that way. I understand that people feel that being attached to England with all their crazy Westminster shenanigans is going to free Wales to become some socialist mecca.

But… whatever happened to “Workers of the world unite, we have nothing to lose but our chains”?
I’m pretty sure, even before getting the chance to be privy to what’s chatted about it in the Senedd privies, that things in there are pretty much the same as at Westminster.

Most of the people I see who are wishing for an Indy Wales seem to be of a socialist ilk. Yet splitting a country up and being at war with your fellow workers across the Severn is not a socialist solution.

Nationalism seems to be another tool of the ruling class, as far as I can see. Yet another way to divide us, to make sure there’s no uprising of the working class. If you’re all split up, you’ll never get the numbers you need for a proper revolution.

Everyone seems desperate for somewhere to turn right now. We’re all searching around for a responsible adult. Half the country are loving Drakeford’s Covid plan and hating everything BJ says. Others are preferring the Bojo route and hating on Drakeford.

You can never please everyone, especially when the media deliberately presents contrasting and conflicting arguments designed to confuse the nation and make sure no one quite knows what to think or do.

Underneath all of this is the very simple fact that they’re making us weak, and afraid, and dividing us over matters of control, whilst meanwhile undermining every good thing we’ve ever had, like the privatisation of the NHS, like the flogging of social housing.

Who here has been unable to get a doctor’s appointment? Hands up if you actually still have an NHS dentist. Who here has been undermined at work because of sex, race, religious or other issues? Who here has had trouble with childcare and been unable to make ends meet because jobs don’t pay enough to make leaving your children a viable option?
Who here is sick of sending our troops to endless wars that never solve anything but result in people being left devoid of a country and then having to come here, only to be vilified as monsters?

Who has ever had to give up on further education because of financial issues?
Who has noticed the deliberate dumbing down of education designed to keep the masses uninformed?
Who has had trouble with disabled access and adequate housing with facilities that make life easier?
Who has trouble getting around their rural area due to not being able to afford private transport yet the public transport services are inadequate or stupidly expensive?
Who can’t afford a TV license? Or to go out and have fun somewhere?
Who has lost their job due to companies and industries moving their operations abroad? Who has trouble paying their bills?
Who is sick of working loads of hours for wages that don’t cover the outgoings?

I’m pretty sure all have you have answered yes to at least one of those questions.
We need to come together. And we also need to do crazy things like run for office. These things can only change if people like us get involved. There’s an air of terror that surrounds these things.
You look at what councillors, of members of parliament, do, and you think, that’s not for me.

If you don’t win, you have nevertheless sent a clear message to the ruling class that we’re coming for them, and we’re gonna keep coming for them because they’re not getting their act together over the things that matter.

If you do win. Well, cross that bridge when you come to it. How hard can it be? Every politician I see and 70% of councillors are, it seems, a bit rubbish. You won’t be worse, I promise.
Do it