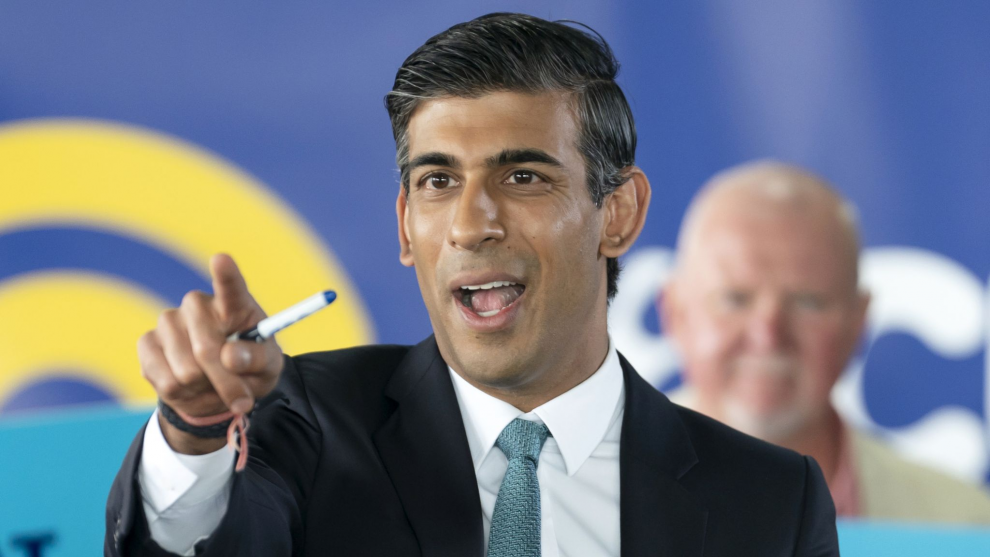 PENNY MORDAUNT has dropped out of the contest, which means Rishi Sunak is the next PM.

Announcing there was just one person with the backing of 100 MPs, 1922 Committee chairman Sir Graham Brady confirmed the new Tory leader Rishi Sunak will address MPs at 14:30 HRS today

David Cameron has congratulated Rishi Sunak – and himself too. He points out that 10 years ago he said he thought the Conservatives would be the first party in the UK to have an Indian-heritage PM. As party leader Cameron put in a lot of effort into getting his party to select more female and minority ethnic candidates, and that has been linked to Liz Truss appointing a cabinet last month in which none of the top four jobs was held by a white man.

Here is Penny Mordaunt’s full withdrawal statement: “Our Party is our membership. Whether we are elected representatives, activists, fundraisers, or supporters. We all have a stake in who our leader is.

“These are unprecedented times. Despite the compressed timetable for the leadership contest, it is clear that colleagues feel we need certainty today. They have taken this decision in good faith for the good of the country.

“Members should know that this proposition has been fairly and thoroughly tested by the agreed 1922 process.

“As a result, we have now chosen our next Prime Minister. This decision is an historic one and shows, once again, the diversity and talent of our party. Rishi has my full support.

“I am proud of the campaign we ran and grateful to all those, across all sides of our party, who gave me their backing. We all owe it to the country, to each other and to Rishi to unite and work together for the good of the nation. There is much work to be done.”