THE OWNER of a multi-million pound technology distribution company in North Wales has said being able to have frank discussions with fellow business leaders was vital in putting together a plan to enable him to retire.

Phil Kneale, 67, was preparing the ground for change at cutting equipment distributor Graphtec GB for five years with the help of David Roberts, who runs peer to peer business advice service The Alternative Board (TAB) in North East Wales.

Wrexham-based Graphtec GB, which Phil and fellow co-owner Tony Hudson took control of in a management buyout in 1996, is now in the hands of Phil’s son Tom Kneale, with the company going from strength to strength.

But while everything had begun to fall into place, Phil says that the final push he needed to bite the bullet and hand over control was seeing Tom lead the company’s response to the pandemic.

Phil said: “During lockdown, it was just Tom and I coming into the office for three or four months with everyone else working from home, and seeing him handling everything really gave me the confidence to start the transition properly.

“He initially came on board as he‘d finished university and wasn’t sure what to do next, so I suggested he do six months here, but six years later he’s now done every job in the business!

“I still do one day a week in a chairman-type role, but Tom is now in the managing director position, building his own team around himself.”

While Graphtec GB has thrived in recent years, Phil’s wish to step back from day-to-day involvement as he got older meant that handing over to someone else had become a pressing concern, but it was his involvement with TAB that helped find the right way to do so.

Phil added: “As we don’t have our own product, it’s not a traditionally saleable company, so how do you transition out while safeguarding everybody’s jobs?

“David and TAB helped me stop making excuses for putting it off, and reason it all out until handing over to Tom became the common-sense thing to do.”

David said: “Phil was in a bit of a fog with the issue: it wasn’t predetermined that Tom would come in. Phil knew he wanted to step back, but how to do that was filed away for another day as ‘too big to think about’.

“Over the years we’ve worked together, the issue has become ever more pressing. Retirement is emotional, and as a 50 per cent owner of the business, there was more than just himself to think of, so he needed another outlet to talk it through, which TAB was able to provide.

“Finding someone to be your sounding board is incredibly important but very difficult. Business owners may not feel confident talking about it at home or work, but you have to vocalise the issue for it all to become clear.

“I’m now working with Tom, and am looking forward to seeing this fantastic business continue to thrive.”

Tom now has his own plans for furthering the company’s growth, but having experienced individuals like David and Phil to call on when required means he’s never short of insight or considered opinions.

“We’ve always had a good relationship, my dad and I,” said Tom, “and during the early days of the pandemic we were really in each other’s pockets as the only two in the office, which was really helpful in getting a renewed grasp on the business.

“I’m now putting my own stamp on Graphtec GB, helping develop the culture and moving things forward from a fantastic position with all the support and advice right there when I need it.” 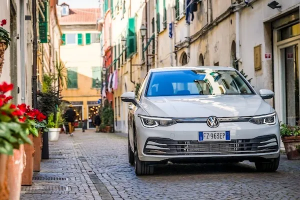 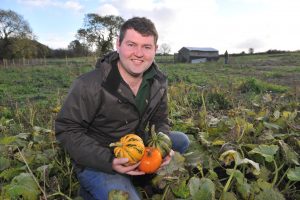