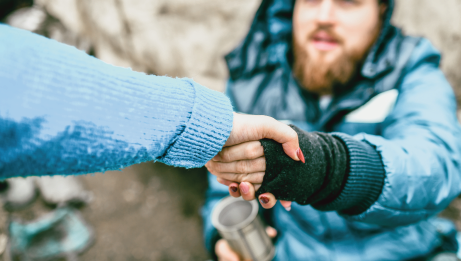 A BLANKET ban on bedsits will be eased as a North Wales council looks to solve its homelessness crisis. Conwy council’s cabinet backed a move to ease the rules around planning applications for homes of multiple occupancy (HMOs).

Sky-high property prices and a unaffordable rental sector are behind the decision to lift the ban. For the past decade, Conwy’s planning policy has dictated that all plans for HMOs are refused.

The council ban was initially introduced to regenerate seaside towns such as Colwyn Bay after years of socio-economic problems linked to absent landlords, squalid conditions and crime. But cabinet member for housing Cllr Emily Owen proposed a lifting of the ban as a solution to its housing crisis, presenting a 100-page report by independent consultants at a meeting in Bodlondeb this week.

She said: “I really do appreciate the previous desire to have as few HMOs as possible. I would like to acknowledge the wider changing circumstances relating to planning legislation, the increase in unaffordable housing, and the role HMOs have as part of a balanced housing solution. As with everything, things change all the time, and we need to be brave enough to adapt.

“I appreciate there is a lot of nervousness regarding HMOs as they have proven to be difficult to manage in the past, but as with everything, times change, and the need for that lower market rent in Conwy is huge. We have a very large number of people in affordable housing need. HMOs would help meet this need in some circumstances.”

She added: “I’m bringing reports here week after week, showing you the homeless figures, and they are getting worse and worse, and we need to be realistic and realise that the private housing rental market is becoming increasingly unaffordable for a huge amount of our residents, a lot of whom are currently living in hotels.”

The same report was rejected by the economy and place scrutiny committee before Christmas. Cllr Owen said she understood the concerns of having “streets full” of HMOs but said rules introduced as part of the plans would prevent such an over-concentration.

As part of the plans, limits will be put on how close HMOs can be in terms of their radius from one another. Two HMOs also won’t be allowed to ‘sandwich’ another residential property.

Cllr Owen said the policy change would instead give Conwy more control, rather than losing appeals made by developers to the planning inspectorate. Cllr Owen added, “It is absolutely not reverting back to how things were.”

She said all large HMOs would need to have a management plan, including an upper limit of residents.

Cllr Julie Fallon was nervous about the proposals. “Those of us who have lived here for a long time can remember the scary times when we had really big HMOs that were not fit for anybody, and there have been children in these as well, often attended by the police,” she said.

“My husband was a police officer for many years and spent half his time in those.” She added: “Personally, I’d support the smaller ones up to six people; without a really thorough structure in place, I wouldn’t support the larger ones unless housing associations are involved.”

As part of the policy change, planning applications for both smaller HMOs of up to six people and larger HMOs of over six people could be considered. Cllr Fallon asked housing officer James Harland if tourist areas of towns with hotels and bed and breakfasts, like Llandudno, would be protected, and he answered they would be as part of “holiday accommodation zones”.

Cllr Paul Luckock said: “One of the main arguments for this (policy change) is we have had planning appeals, and we’ve lost those planning appeals. That is a cost to the council and is an issue, but I want to know how many appeals were made and upheld by the planning inspector.”

Mr Harland said there had been four, adding that the main reason for the policy change was to address the housing crisis and retain the younger population with affordable accommodation. Cllr Chris Cater seconded the proposal by Cllr Emily Owen.

The report was backed and will now be used as evidence to help shape the proposed change in planning policy, which will be further debated at a future date.