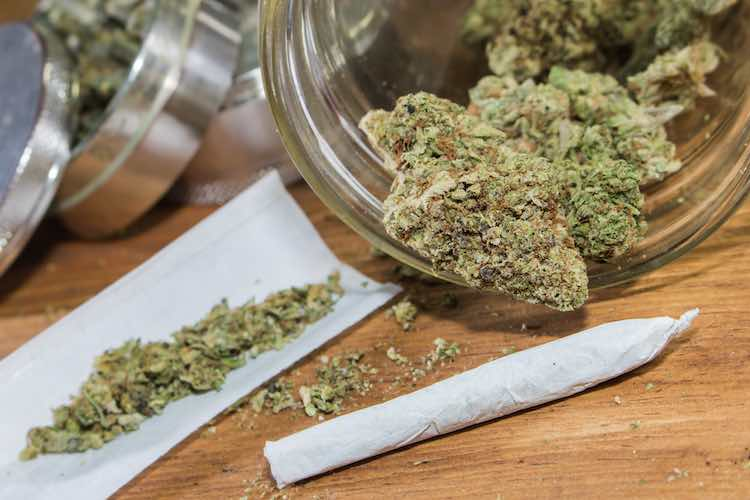 A CANNABIS dealer who kept tens of thousands of pounds in illicit riches hidden in the bedroom of his young kid was sentenced to prison.

On Thursday, Connor George, of Hill Street in Rhostyllen, appeared before the judge at Mold Crown Court.

The 27-year-old had previously guilty to possessing marijuana with the intent to distribute it, participating in its distribution, and obtaining illicit property, specifically little over £38,000 in cash.

In court, Rosemary Proctor, the prosecutor, described how Rossett police stopped the defendant’s car in January 2021.

His partner and daughter, who was very young, were in the car with him.

Officers searched the defendant and the vehicle after smelling a strong cannabis odour coming from it.

Also discovered was a phone.

He was searched while being held, and a sizeable sum of money was discovered on him.

Later, when police searched two locations where he was rumoured to reside, they discovered two more phones and crates with tens of thousands of pounds’ worth of cash.

After the phones were examined, it was discovered that they included texts indicating the sale and supply of marijuana.

Messages that indicated he had sold marijuana to sub-dealers were also discovered.

The period between his arrest and sentence, according to Catherine Jagger, who is representing him, was “harrowing” for her client and his family.

She clarified that measures had been made to address his unruly behaviour and added: “He took full responsibility.

“Following his arrest, he sought help for his personal addiction and has been free form cannabis for 18 months.”

She emphasised the effect a prison sentence would have on her client’s daughter and said that her client had expressed a strong desire to work with mental health professionals.

But Judge Parry told an audibly distressed George: “You were running an extremely profitable business for over two years.

“When you were stopped and arrested there was a baby present in that car, which was stinking of cannabis.

“And significant amounts of money were secreted in your child’s bedroom, amongst baby clothes.”

The Judge handed down a 15-month custodial sentence, adding: “This matter is so serious, it must be served immediately.”

A timetable was set for proceeds of crime proceedings, a mention hearing for which will take place in March next year.