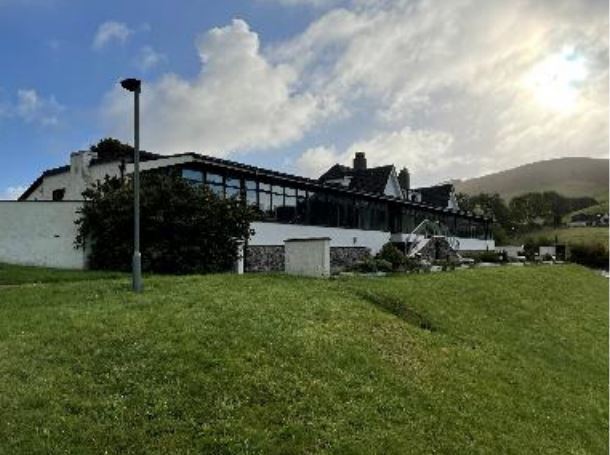 An empty village restaurant could reopen – with a new gym and shop included as part of the refurbishment.
The former Clwyd Gate Inn in Llanbedr Dyffryn Clwyd, near Ruthin, closed suddenly in February 2017, 18 months after it re-opened in September 2015.
But now new owner Kashif Mohammed has applied to Denbighshire County Council’s planning committee for permission for a change of use of the former restaurant on Ruthin Road.
Mr Mohammed intends to reduce the size of the restaurant and use parts of the building as both shops and a gym.
The plans submitted to the council outline how the building could be used by a few smaller businesses, breaking up the restaurant’s 432m² floor space and subdividing each section.
Under the new plans, the restaurant would take up 167m² of the floor space, the gym 97m², and the retail units 168m², including a shared lobby, WCs, and storage.
Despite the plans, the final use for the building is unknown and will depend on future tenants.
The planning application reads: “The applicant has recently purchased the building and surrounding land and is proposing to subdivide the restaurant unit.
“The restaurant, as existing, is very large and has proved in the past to be unsuccessful as a business.
“The large size makes it difficult to find an appropriate tenant. The restaurant has lain empty for a number of years.”
“The intention is to create smaller units that can be run by smaller, local businesses, and having a small cluster of businesses, rather than one large restaurant, will make the whole site more economically sustainable.”
The building will provide disabled access via a ramp if plans get the go-ahead.
According to the application, the site is located in an area with a very low probability of flooding.
The application is expected to be debated at a future Denbighshire County Council planning committee