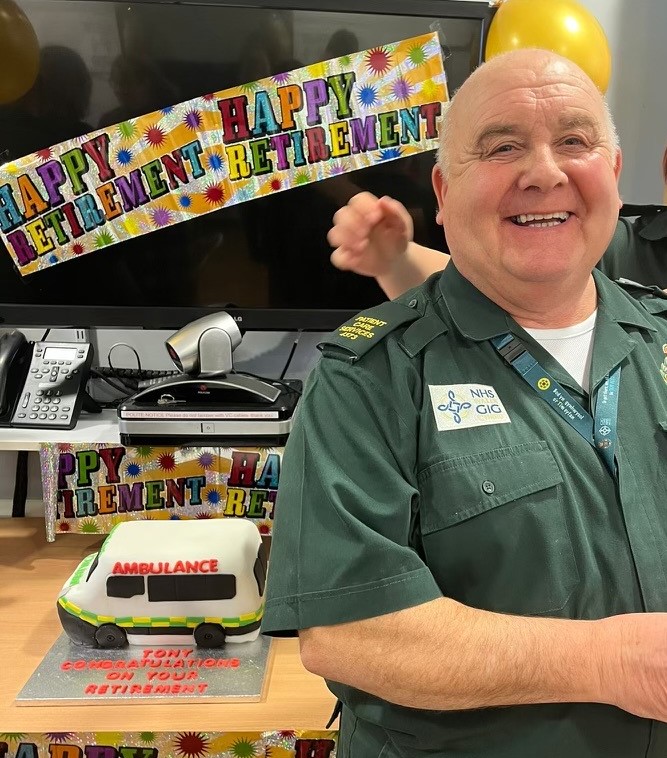 AN AMBULANCE service stalwart is retiring after 50 years of saving lives in North Wales.

The 70-year-old has enjoyed a varied career, moving through the Trust, until his retirement on the 22 December 2022, finishing as an Ambulance Care Assistant for the Non-Emergency Patient Transport Service (NEPTS).

Tony originally began his career as a ‘trainee ambulance man’ and has seen the organisation grow from the North Wales Ambulance service to the national service it is today.

“Back then being an ‘ambulance man’ meant you did everything from emergency to non-emergency patient transport.

“In those days, there was no paramedic training, so we had to facilitate and organise study ourselves, which was done through the Institute of Certified Ambulance Personnel.

“I subsequently studied and passed the associate exam and the following year I studied for and passed the fellowship exam, which at the time was a prestigious and significant achievement.”

Over the years, Tony has seen immense changes to the service, from uniform to vehicles, but more importantly to equipment.

He continued: “In my early years, we had very little equipment on the vehicles, mainly a box of bandages, some wooden splints and an O2 cylinder, so very basic.

“Around 1988, we were introduced to defibrillators and given cardiac training.

“It was a huge leap forward in emergency care.

“I find it hard to believe and wonder how we managed to do the job successfully before that.”

In 1991, Tony qualified as a paramedic, before accepting a role as a planning officer in the Trust’s Patient Transport Service (PTS) before moving on again.

He said: “When I was in the PTS, I was approached to develop transport service in North Wales, which would later become the Health Courier Service.

“I was very proud to have started that service from scratch, as it’s become a very important asset to the NHS.

“It was one of my favourite projects and jobs throughout my career, and I remained a manager there for 15 years.”

Tony was then seconded a role in the fleet department that was meant to only last a few months but turned into a few years.

He said: “I first became an ambulance equipment manager for the North region, working under the National Equipment Manager, Mr Gwyn Thomas.

“When Gwyn retired, I was asked to take over his role on secondment and I ended up in the role for three years until I decided to step down from paramedic and management roles.”

The last phase of Tony’s career would see him join the Urgent Care Service and finally in 2014, the Non-Emergency Patient Transport Service until his retirement.

He said: “One of the highlights of my career was in the 1980s when I received a commendation by the Wiltshire Police constabulary for attending a road accident.

“While I was on the way home from a holiday with my family, we came across an accident involving two vehicles, with one driver seriously injured and trapped in their car.

“The driver had sustained a head, chest and serious leg injuries.

“Of course, it has to be remembered that in those days, mobile phones were not readily available, so I had to ask another passer-by to contact the emergency services, while I attempted to stem his haemorrhage with my first aid kit.

“I also received the commendation from Clwyd Health Authority recognising my dedication to the injured people, it was a very proud moment.

He said: “I’ve had a very varied career with lots of highs and only some lows, and I’ve been very lucky and delivered thirteen babies, an experience like no other.

“I’ve enjoyed what I’ve done and felt privileged to serve the people of North Wales.”

Tony celebrated his retirement with colleagues from his previous roles and those in NEPTS, along with his family, including his wife and three of his five grandchildren.

Kayleigh Wheeler, Operations Manager for Ambulance Care in North Wales, said: “I’ve worked with Tony since I started in 2014, so only a fraction of his incredible 50-year achievement.

“He has been a wonderful colleague to work alongside and a fantastic mentor to me.

“He is an oracle of knowledge and a kind and caring person who always gives 100%.

“His presence will be missed by everyone beyond the Ambulance Care Team.”

Karl Hughes, National Operations Manager for Ambulance Care, added: “It’s with great sadness that Tony has chosen to finally hang up his greens, but I wish him a great retirement, it’s truly well deserved.

“I really do think that the service and our patients have benefited greatly over the years from the hard work that Tony has put in.

“Tony is always a pleasure to be around, a true gentleman with a positive attitude and someone who always has a smile on their face.

Jason Killens, Chief Executive at the Welsh Ambulance Service, said: “I want to thank Tony for a massive five decades of service to Welsh communities.

“You will have positively touched the lives of thousands of people during your service and can rightly be proud of all that you have done.

“Have a long and happy retirement.” 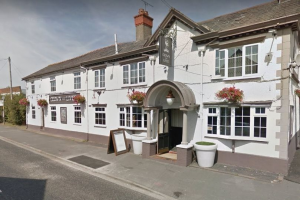