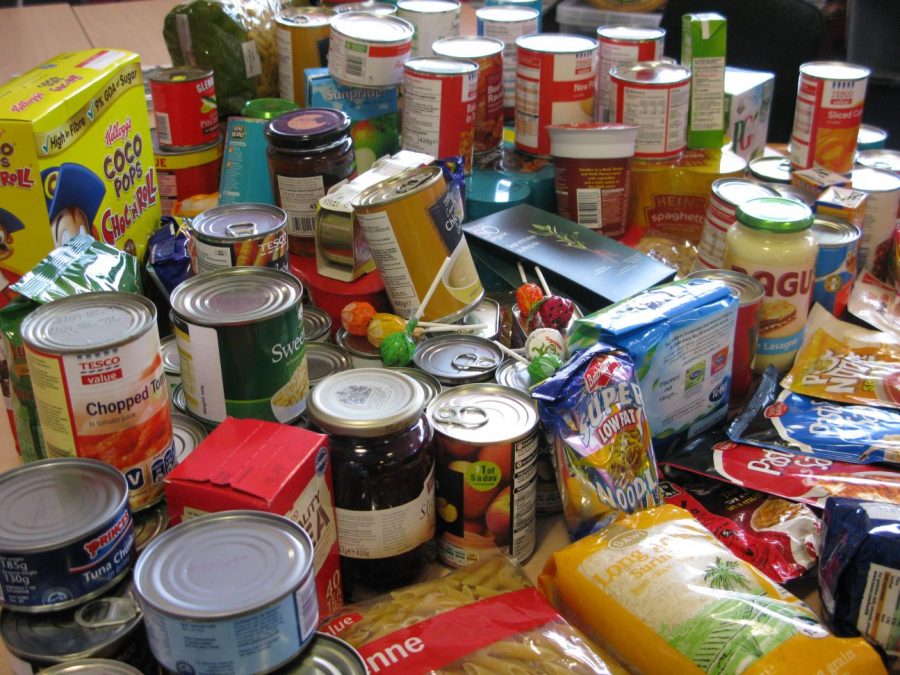 AS THE COST of living crisis continues to bite, Arfon politicians say they continue to see “desperate families” seeking help from foodbank schemes.

MS Siân Gwenllian and MP Hywel Williams recently collected £4,765, during their Christmas fundraiser, for food scheme projects across their constituency.

Although “immensely proud and grateful” for the generosity of Arfon residents for their donations – the situation was also described by the MS as “bitter-sweet”.

The existence of the number of projects in the area was “an indictment of the years of austerity” and it continued to be “a winter of hardship and desperation faced by so many families,” she said.

Last year, the politicians had concentrated their fundraising efforts on helping Bangor Cathedral and the Arfon Food Bank, but this year it was decided to share out funds equally with other projects.

Mrs Gwenllian said: “We shouldn’t be in the situation where we have eight different food projects in one constituency alone.”

One scheme to get a boost is the Bwyd i Bawb Bangor Food Share, which supplies quality surplus produce to local people in need.

The initiative is based at the Plaid Cymru office on Bangor High Street and organised by councillors and volunteers.

The project, set up nearly five years ago, doesn’t require a referral, or any formal documentation proving income, and anybody in need can receive food which is handed out every Sunday morning at 10am, until it is gone.

According to the politicians, the scheme saw a “surge in users”, particularly during the pandemic.

They also point to a rise in the number of “food share” projects in North Wales, approximately three before the Covid-19 lockdown to around 40 now.

The Porthi Dre project in Caernarfon is another scheme to get some of the cash.

It distributes surplus supermarket and donated food, including fresh vegetables from a local allotment grown by volunteers.

Service users can select a full bag of shopping for a nominal price of just £3.

The food is made available every Wednesday at 4pm, on a first come first serve basis.

The project is based at Tŷ Seiont, on St Helen’s Road, which is also developing as a community hub.

Among other projects to benefit is the Coed Mawr Community Centre food bank in Bangor, and the Llanrug and Cwm-y-Glo Community Council and volunteers’ food scheme.

The latter is part of the ‘FareShare’ scheme which takes surplus food from the food industry and distributes it to community groups and charities.

FareShare is part of the UK’s national network of charitable food re distributors made up of 18 independent organisations.

The charity obtains surplus food which is then supplied to around 9,500 frontline charities and community groups.

Helped by a grant from the Welsh Government, the Llanrug and Cwm-y-Glo scheme has been operating since 2020.

Pantri Pesda, on Bethesda High Street, is another project which distributes good quality, unsold supermarket food that would otherwise be thrown away.

It also offers food parcels for anyone that needs help.

The project also aims to launch as a community hub.

Another scheme to get the help is the Yr Orsaf, a social enterprise set up in the Dyffryn Nantlle village, near Penygroes.

The food project contains three main elements – a community allotment, a wildlife garden to create a park for local people, to help increase bio-diversity and a community pantry, which uses surplus food from a local Co-op and other supermarkets.

Mr Williams added: “We are seeing more and more families having to turn to local food banks for help due to the rise in the cost of living.

“Soaring food and fuel costs are affecting us all, but for families on the very lowest incomes this crisis means so much more.

“Foodbanks and community food share schemes across Arfon are a lifeline for those struggling to get by.”