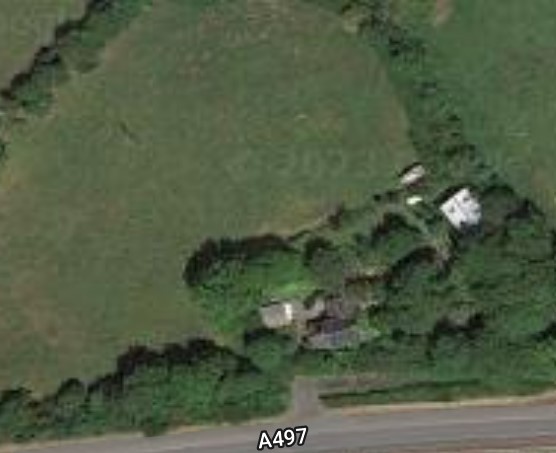 A COUNCIL decision over plans for a 19-unit touring caravan site in a wildlife-rich area of Pen Llŷn has been deferred amid comments about its “visual impact”.

A full application to develop the mobile holiday accommodation site at Tŷ’n Lôn, Afonwen came before Gwynedd Council ‘s planning committee on Monday (January 16).
The proposal included the development of a toilet block and associated works at the rural site near Pwllheli.

The committee agreed on making a site visit before granting or denying planning permission.

They were considering a full application by John Evans of Evans Caravan & Camping, Ltd, through agent Gwyn Pritchard, of Ty Newydd Cyf.
The development field was identified as a ‘Special Wildlife Site’, and surveys had identified badgers, otters and bats in the area.

Documents had been provided by the applicants, and with mitigation measures and conditions, Gwynedd planning officers had recommended the committee accept the plans.
However, a community council had objected on the grounds of “over-development,” noting there were “many caravan sites already along the coast”.

Councillor Gruff Williams told the committee that “people come to Pen Llyn because they want to visit unspoilt areas”.
He called for the plans to be rejected citing “over saturation” and the “visual impact” of the number of caravan sites in the area, including “one across the road”.
During the meeting a planning officer showed committee members a map showing sites arguing “there aren’t that many in the area.”
But it was “strongly recommended” that members make a site visit to fully assess the situation “in context”.

The full plans would see 19 touring units placed around the boundary of an agricultural field, north west of the property.
A new hedge to create the western boundary of the caravan field would separate it from the wider field.
Mature trees lined the existing field boundaries.

The site was in a rural location parallel to the A497 between the Afon Wen roundabout and Pandy junction which led to Chwilog.

The nearest bat record was of lesser horseshoe and brown long eared species, 650 metres to the north of the site, with Soprano pipistrelle species within 1km.

Recommendations in a badger survey and other mitigation measures included the requirement for a badgers licence and a caravans licence.
Conditions included restricting the number of touring units to 19 caravans only and its use as holiday use only, maintaining a register, a holiday season from March 1 to October 31, no storing of touring caravans on the site, planting a boundary hedge during the first planting season (following permission), retaining trees and hedges, and limiting hard standings to pitches.

Councillor Gruff Williams urged refusal of the application based on concerns about “over accumulation” of caravans and “over abundance of tourism provision”.
He felt it would have a visual impact on the “unique nature” of Llŷn tourism, adding: “People come to Pen Llŷn to visit unspoilt areas.”
He feared more caravan sites could see the area become visually “like the areas between Abergele and Prestatyn”.
The “effect on local people and Welsh language”, was also a consideration, and he added that “young people can not afford to buy houses in the area”.
“People come to stay in the caravan sites ultimately, a percentage of them, opt to buy a holiday home here, that is the truth of the matter,” he added.
Noting the number of caravan sites, he said: “We reach saturation point, the cumulative impact should be a means to refuse an application.”
A vote in favour of a site visit resulted in nine in favour, one abstention and three against.