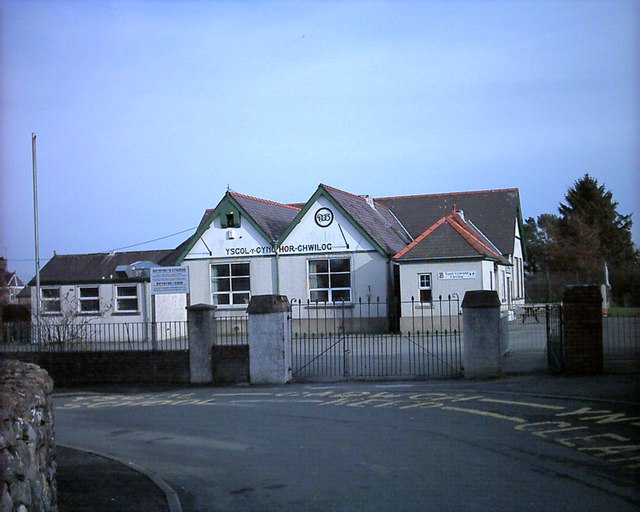 A GWYNEDD school looks set to increase its pupil capacity by 25%, giving Welsh-medium education a boost. Cyngor Gwynedd’s cabinet approved publishing a statutory notice to increase the number of children at Ysgol Chwilog near Pwllheli from 65 to 95.

It could also see the creation of an additional classroom with another teacher in post, following a statutory notice period. Pupil numbers in the area have increased over the past five years following a number of housing developments.

An estate of open market houses built in the village had led to a number of young Welsh-speaking families moving in.

As a result of the development, plus two other proposed estates, together with the reopening of the local pub Y Madryn, there was now “a vibrant Welsh community”, an education report stated.

Councillor Beca Brown, lead for education, presented the statutory consultation report to Gwynedd’s cabinet on Tuesday (January 24). The school, in the Eifionydd area of the Llŷn, was considered to be in “an area of linguistic significance” with around 70% of people being Welsh speakers.

Cllr Brown called for the council to agree to submit a business case to the Welsh Government to secure funding from the Welsh Medium Education Capital Grant. She said a similar application had also been made by Ysgol Bro Lleu and Ysgol Llanllechid.

The cabinet was also asked to consider comments received during a statutory consultation conducted on increasing the capacity at Ysgol Chwilog.

It was also asked to consider the responses to comments, before determining whether to approve the publication of a statutory notice, and conduct an objection period on the proposal to “increase the capacity of Ysgol Chwilog to 95 from September 1, 2023… an increase of over 25% to the existing capacity”.

Cllr Brown said: “More importantly than ever, the children think this is an excellent thing for Ysgol Chwilog. It’s encouraging to see a village school in the heart of a Welsh community where over 70% of residents speak Welsh thriving.

“Ensuring these youngsters at Ysgol Chwilog are given the best opportunities to thrive and develop within their educational setting is important, and we are delighted to be able to plan ahead for this increase.”

Councillor Rhys Tudur, who covers the area on Cyngor Gwynedd, said in a statement: “This is great news for our locality and we see the benefits that new homes bring to the table as young Welsh-speaking families settle in the area.

“Creating a fit for purpose school for both staff and children is imperative to meet their growing needs. I am also delighted that a Welsh language grant to employ an additional teacher at Ysgol Chwilog has also been agreed, ensuring that the current staff and pupils are further supported as the school grows.”

As part of the statutory notice, the public will be given 28 days to comment on any changes, and it will be considered by Cyngor Gwynedd’s cabinet in April.