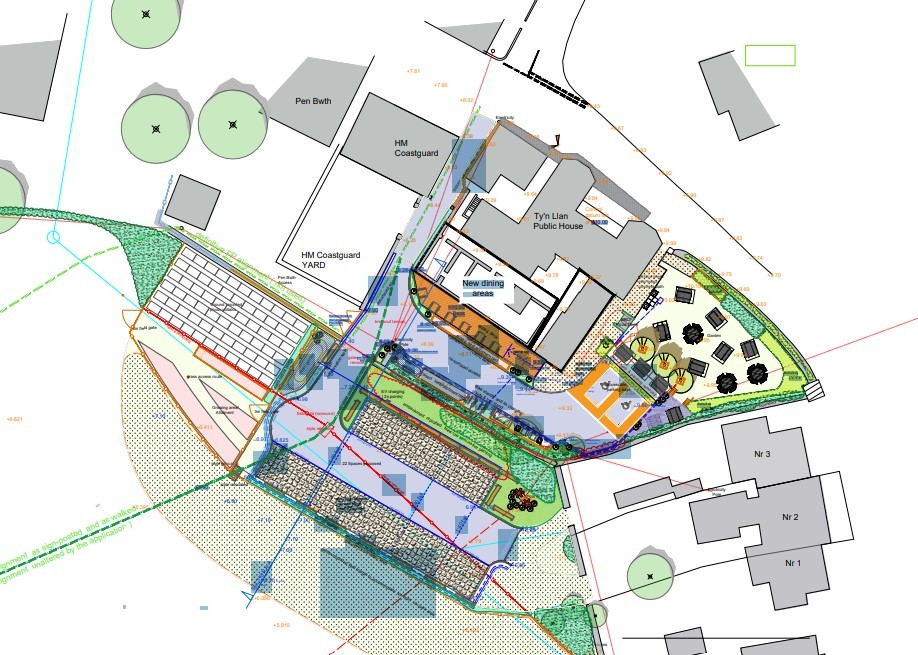 WORK to upgrade an historic Gwynedd pub and community hub which was saved from closure by villagers is to be considered by planners.

Listed building consent is being sought at the Ty’n Llan  premises at Llandwrog.
The impressive Grade II listed historic pub building, also known as The Harp Hotel, is believed to have been built in the 1830s as part of the Glynllifon estate.
Though planning documents state, “It may have incorporated substantial elements of an earlier structure and was part of the third Lord Newborough’s replanning of Llandwrog as an estate village.”

A long time haunt of musicians and poets, the building features a slate panel with an inscription in Welsh and English extols the inn’s hospitality but warns against drunkenness.
The pub had closed in 2017, but in February, 2021, more than 100 village residents came together to buy the building.

The Menter Ty’n Llan a Community Benefit Society was established with a management committee and more than £400,000 raised in shares.
The pub attracted global support including Welsh film star and musician  Rhys Ifans among those who appealed to keep it alive.
Now Cyngor Gwynedd planners are being asked to grant listed building consent for plans which will see the erection of a new single storey rear extension.
Work includes the demolition and re-build of the existing rear kitchen extension, the erection of a lift and four dormer windows and other internal alterations.

The applicants had stated their aim was “… aim to rejuvenate the existing pub Ty’n Llan, and make it the heart of the community.

The plans state “Run by Menter Ty’n Llan, the community wishes to expand the pub so that it is more suitable to everyone’s needs and has a financially sustainable model so that it is able to stay open long term without requiring regular outside funding.

“…the proposal includes a new dining area, build within the existing ruins of the pigsty walls; the demolition of the modern
kitchen wing, and it’s replacement with a single storey extension, to provide functional kitchen and staff areas.

“Re-ordering works internally, including to the rear of the pub where a new glazed door will be added to improve light levels and views, and a lift will be added to provide accessibility to the first floor for wheelchair users.

“The proposal also includes the removal of a couple of internal columns in order to achieve the desired floor plan arrangement.

“Due to the increase in covers the new restaurant aims to bring in under their financial plan, a new modern kitchen with space for a larger
amount of covers with walk in freezer and stores is required.

“A staff room and changing area, with staff ‘loo’ is also required, as well as a plant room, and this can all be housed within the new kitchen wing area.”

The plans would also see the employment of one full-time and  five part time employees.