THE SEARCH is on for a new Head Gardener to lead Wales’ famous Bodnant Garden, near Conwy, in the next chapter of its horticultural story.

National Trust Cymru is looking for an ‘inspirational and exceptional’ horticulturalist to take the helm at the Grade I listed garden, celebrated for its spectacular mountain setting, historic garden design and global plant collections.

John Walker, General Manager at Bodnant Garden, says: “This is a once in a lifetime opportunity for someone with flair, energy and vision.

“Bodnant welcomes around a quarter of a million visitors a year from far and wide – from serious garden-lovers to families looking for a memorable day out in a beautiful place. We’re looking for someone pretty special; someone who will care for Bodnant’s great heritage, has a vision for the garden’s future, and who is passionate about great visitor experience too.”

Overlooking the Carneddau mountains of Snowdonia, Bodnant has grown from humble  beginnings as a ‘dwelling by a stream’ (it’s Welsh name) to an acclaimed example of garden design styles spanning 250 years of British horticultural history; from Georgian parkland to dramatic Victorian water gardens and grand Edwardian terraces.

Its 80 acres are filled with plants from all over the world gathered during expeditions of the 20th century, including Champion Trees and National Collections. Bodnant Garden is especially well known for its rhododendrons, and for the hundreds of unique hybrids bred at the garden.

The garden was shaped by five generations of the Pochin/McLaren family, who donated it to the National Trust in 1949. Key to its development has been the special relationship between the donor family, who remained actively involved, and its head gardeners – most famously three generations of the Puddle family who oversaw the introduction of exotic plants to Bodnant in the 20th century and the garden’s ground-breaking plant hybridisation programme.

Michael McLaren, of Bodnant Garden’s donor family, says: “I would like our next head gardener to be a truly inspirational and exceptional person; a confident and enthusiastic horticulturalist who is both motivated and motivating and who will inspire, develop and lead our team.

“If you’d like to live in one of the most beautiful parts of the world and also be responsible for managing and developing further one of the greatest and most significant gardens in the world, we’d love to hear from you.”

To find out more about the role and how to apply, head to https://www.nationaltrustjobs.org.uk/jobs/ and search IRC110305. 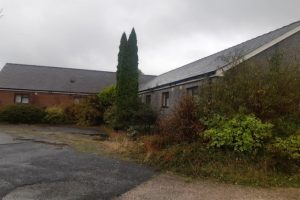 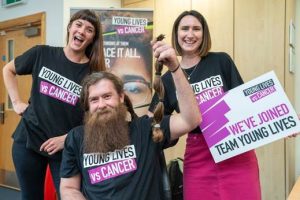