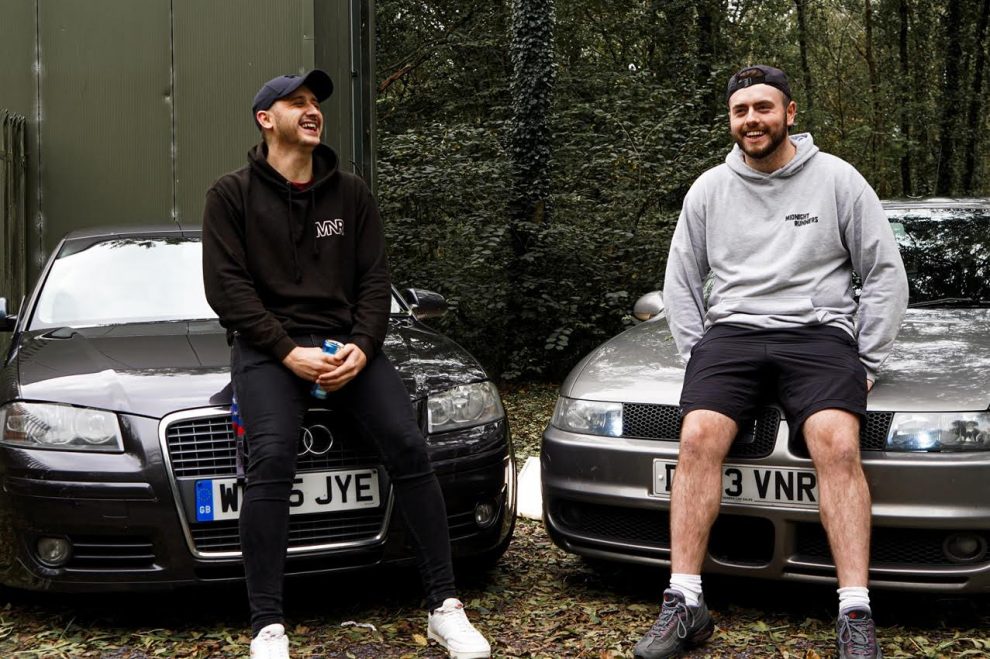 A TV documentary series will shed new light on the ever-growing and diverse car scene in north Wales.

The series Pen Petrol (Petrol Head), which premieres on Monday night on S4C, goes under the bonnet to hear from car enthusiasts who enjoy modifying their vehicles, taking part in night-time back-road rallies and holding mass social gatherings.

Although participants acknowledge that the north Wales car scene is seen as ‘laddish’ and ‘anti-social’ by some, the series offers a different insight into the lives of the men and women who enjoy meeting every weekend to showcase their vehicles.

One group which features throughout the series is Unit Thirteen, a group of enthusiasts which has members from Anglesey, Gwynedd, Conwy and across north Wales.

Unit Thirteen member Craig Gilmour, from Llangefni, said: “I don’t like the term boy-racer. I’m enthusiastic about cars. But I don’t race people on my drive home from work. A lot of people tend to paint us all with the same brush as the people who make idiots of themselves.

“As a group, we are pretty mechanically-minded. We have boys who paint, detail, paint correction, vinyl wrapping, we’ve got engineers and machine specialists. We meet so many different people who are into so many different cars.”

Fellow Unit Thirteen member Lewis Rushton, from Llanddaniel Fab, added: “We’ve done so well as a group over the last 10 years not to gain a bad reputation. We’re respected as a car group. We try not to have people doing wheelspins, donuts, revving and things like that.”

In the first episode, we are introduced to fellow Bangor-based car group, Midnight Runners, who are behind some of the biggest social meets in north Wales.

The group have recently held meets in retail park and supermarket car parks in Llandudno and Bangor, which have attracted hundreds of people and their cars. Despite police attention and social media criticism, the group insist that they discourage any behaviour which would be deemed as ‘anti-social driving’.

Midnight Runners member Siân Wyn, from Llanberis, said: “We’re out on most Friday and Saturday nights for meets or whatever events that have been organised. You get the odd one who will spoil it for everyone else by doing a burnout, lifting their handbrake or doing a donut, and that’s when the police turn up.”

Midnight Runners member Nathan Owen, from Llanerchymedd, added: “We’ve actually packed out Llandudno car park before and that has 400, 500 spaces. And when we’re there, you see people in their windows filming us on the way there and as we leave. They say on Facebook that we’ve been there all night, spending six hours revving loudly. But it’s only a three-hour stay! We’re not above the law, we listen.

“We actually wear high-vis in our meets and when the police turn up, they actually thank us because they can see that we’re trying to keep it organised. But even with the police presence, there’s always someone doing a handbrake turn somewhere. The police are not big fans of the scene, whatsoever.”

The six-part series, which is available to watch as a boxset, will shed light on different aspects of the car scene in north Wales, including classic car events, drift cars, ‘nighter’ rallies on the Lleyn Peninsula and an exclusive supercar meet on Anglesey.

Watch Pen Petrol at 9.35pm on Monday, on S4C, or watch the whole boxset on S4C Clic and the Hansh YouTube page.