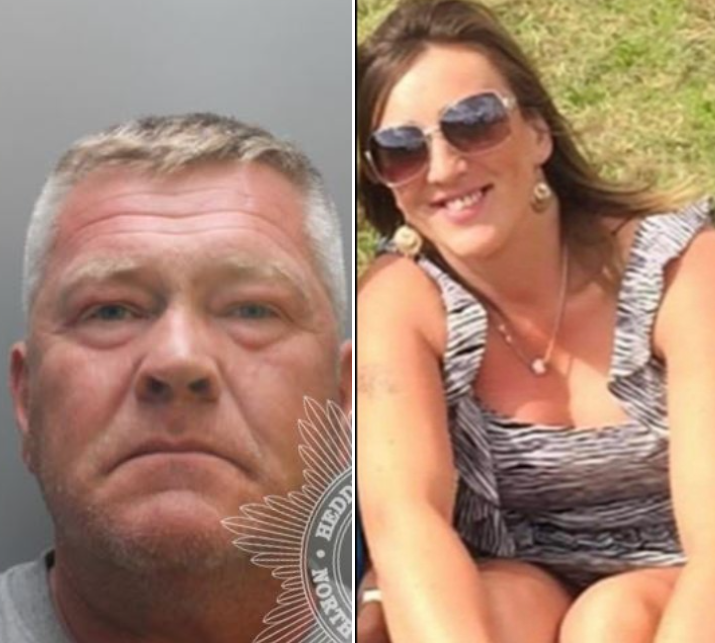 A BRADFORD man has been jailed for six years after being convicted at Mould Crown Court of the manslaughter by gross negligence of his partner, mum-of-two Claire Wright, during a bondage session.

Warren Martin Coulton 52, of Baildon near Bradford in West Yorkshire was today found guilty and sentenced to six years in prison for the manslaughter of Claire Wright, at Heron’s Lake Retreat, near Caerwys in July 2018.

Partner Warren Martin Coulton, 52, fled the scene when he woke and found mum-of-two Claire Wright dead after he tied her up and fell asleep. A trial, which concluded on Wednesday with him being convicted of manslaughter, heard he had put a sock in her mouth and may have taped it up.

The 38-year-old, who had died from asphyxia, was discovered by staff at the Herons Lake Retreat near Caerwys in Flintshire on July 16, 2018

Speaking after the verdict, Detective Constable Lee Harshey-Jones said: ‘This was a tragic and needless death of a woman described by her friends and family as being a loving and caring mother.

‘Coulton had a responsibility to look after Claire’s welfare and he failed to do so with tragic consequences.

‘It was Coulton’s failure and lack of care towards Claire which ultimately led to her untimely death.

‘Today the court has recognised this failure, and he has been sentenced having been found guilty of manslaughter with gross negligence.

‘I would like to take this opportunity to express my sincere condolences to the family and friends of Claire.

‘Incidents of this nature are very rare in north Wales. Today’s verdict demonstrates that we will leave no stone unturned in bringing the perpetrators of such crimes to justice.’

Adam Kane QC, mitigating, explained to the jury that the couple were engaged in a consensual activity when the offence occurred.

He added: “There’s no doubt these tragic circumstances were not desired and the outcome not sought by this defendant.”

Stephen is a true “superstar” of social care