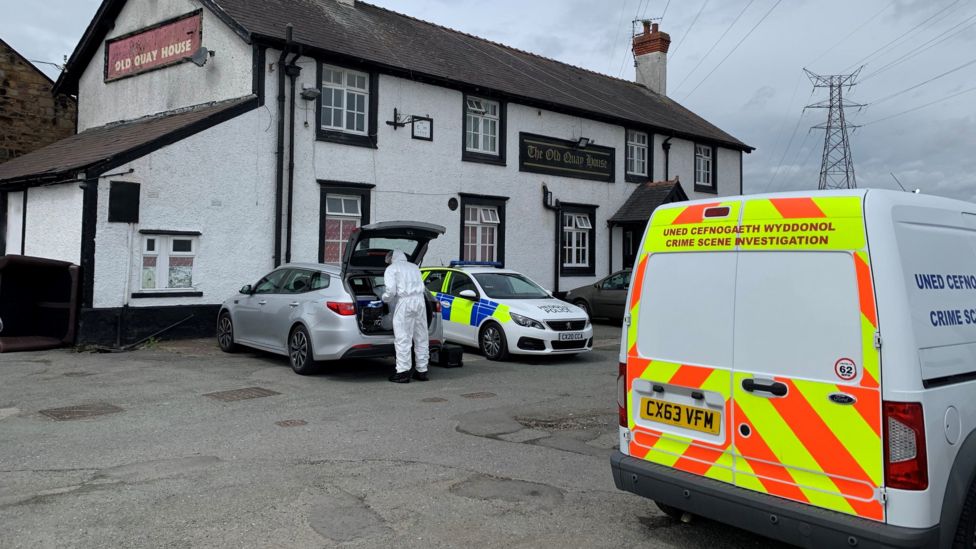 POLICE in North Wales have launched a murder investigation following a serious assault in Connah’s Quay on Saturday, which left a man dead.

Officers were called just after 5pm by the Welsh Ambulance Service to a report that the victim had been stabbed on Dock Road.

He was airlifted to Aintree Hospital in Liverpool but sadly he was pronounced dead shortly after his arrival.

The man has been named as Dean Michael Bennett. He was 31-years-old and was from the Connah’s Quay area.

hree people remain in police custody – a 46-year-old woman, a 35-year-old man and a 16-year-old girl who have all been arrested on suspicion of murder.

“We understand that a serious incident like this has caused a lot of concern in the local community and we’d like to reassure residents that we are doing all we can to establish what has happened.”

“Officers are on patrol in the area and a police cordon remains in place.”

“To assist with the ongoing investigation I would encourage anyone who has any information, particularly anyone who witnessed the incident, or anyone who may have been in the vicinity of Dock Road shortly before 5pm, to come forward, quoting reference number 21000329322.”

'Why not' a tunnel between Wales and Ireland, says Transport Secretary

‘Why not’ a tunnel between Wales and Ireland, says Transport Secretary

Woman arrested on suspicion of murder in Pontypridd