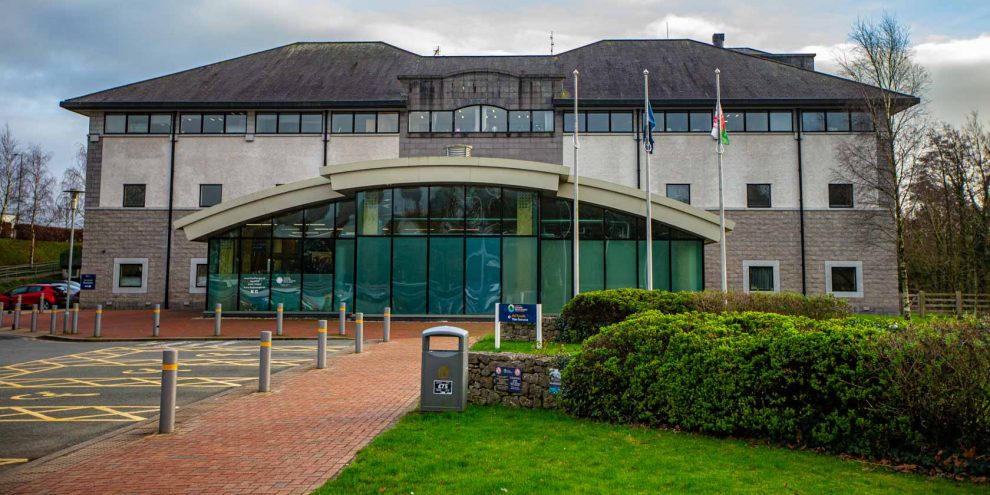 An Anglesey councillor has appealed to planners to do more to prevent the island’s residential housing stock from becoming holiday lets or second homes.

Councillor Arfon Wyn said that Aberffraw was “on its knees as a village” and would soon be empty in winter and “like another Rhosneigr if we don’t protect our own areas”.

Another seasoned councillor, Robert Llewelyn Jones, also likened the decline of Welsh speaking communities on the island as being similar to what happened to Native Americans.

He said it was like “when the white people went over, and there wasn’t a way the Indians could maintain their way of life”.

The views were aired during a meeting of Anglesey County Council’s planning and orders committee on Wednesday, January 11.

Members were discussing a deferred matter concerning an extension to a house at Aberffraw.

It was for a full application for alterations and extensions to Dinas Bach, No. 5 Ystad y Fron which was granted after coming before planners for the third time.

The applicant was listed as Mark Halliwell through agents Russell Hughes Cyf.

It prompted a “strong reaction” from the Y Fron estate, and Cllr Wyn said there had been 33 objections, 19 previously.

He said: “There is no doubt, extending this building with so many bedrooms it will certainly be used as a holiday home.

“It’s obvious that is what is happening here.”

He described the extension as being similar to “two planning monstrosities” built in his own area, and said it would “stick out like a sore thumb”.

“It is inappropriate, it looks like an industrial unit with a metal garage and an ugly flat roof, it’s inappropriate for the environment,” he said.

“My family and friends go around Anglesey and ask themselves how on earth were these horrible houses given planning permission?”

The committee was urged by the planning officer to assess the application on planning matters only.

They were warned that if the application was turned down, it risked going to appeal which could incur cost and councillors having to justify their decision.

Previously the committee refused the application, against the officers’ recommendations, for being contrary to planning policy due to its impact on the nearby residential development.

Issues included proximity to a neighbouring property, non-compliance with minimum distances laid out in supplementary planning guidance and parking issues.

The applicant’s new plan was to demolish an existing garage and build a single storey flat roof extension, which included a window on the side elevation, a bathroom window and utility room door.

The new scheme would be 0.8m closer to the neighbouring property, No.4 Y Fron, and the applicant would erect a 1.9 m boundary fence.

Officers considered “adequate measures” taken to protect the privacy and amenity of the neighbours, including using frosted glass to avoid overlook.

In terms of parking, the planning officer said as a four-bedroom property, three parking places was provided, with more space if needed, to comply with highways authority requirements.

But concerns had been raised in the village during a consultation over parking on the Y Fron estate, the officer said.

People visiting the beach regularly parked but this was a matter for the highways department who were “aware of it and would deal with separately”.

Minutes of the previous meeting described how the neighbour at No4 Y Fron, Mrs Levitt had objected to the development in writing four times.

Her complaints included that the property did not conform to the Joint Local Development Plan, and did not “integrate into its surroundings,” and the home being “…used as a large holiday house-accommodating noisy groups and would impact on her property and the whole cul-de-sac.”

Since then the applicant had amended the plans.

Cllr Arfon Wyn asked: “I have a crucial question, what exactly has changed since the last meeting when it was refused?

“Without a doubt there are planning issues that need our attention, but the plans are still too close to next door and against supplementary guidance that the minimum between two buildings should be 12m not less than five metres.

“We were elected as councillors to protect our own areas and not to let them go to hell and be full of empty holiday homes.

“I draw your attention to powers given by the Welsh Government to stop changing dwellings or holiday homes or second homes without permission.

“We should follow the spirit of this new legislation to avoid dwelling houses being turned into holiday homes.

“This is a substantial change of use in a residential area in an estate that is mainly home to local people.

“It goes against our own development plan, which notes ‘holiday homes should not lead to losing our local housing stock.’ Holiday developments should not be located in residential areas.

“It will affect the character of the area for long term residents, yet again we are losing property in Aberffraw and in Anglesey that could be a home to a family, a loss to the permanent housing stock.

“What is is the point of the council spending on documents and policies if they are ignored? That is terrible.

“Aberffraw is at its knees as a village. It will be empty in winter soon and another Rhosneigr.

“We were elected as councillors to protect our own areas and not to let them go to hell, full of empty holiday homes.”

He also called for more consideration by the planning department to talk to community councils.

The planning officer concluded it was “important to note the context of this application – it was for an extension – not a new house”.

It was a C3 dwelling and according to planning legislation the owner had the right to change from C3 to C5 and C6 without planning permission.

“How they decide to use this house is entirely up to them, at the moment until and if Article 4 is brought into change this,” he said.

“The applicant has worked with the planning officers for a year to try and bring this scheme forward in an acceptable way.

“It was originally a two storey extension, they are taking down the existing garage with a flat roof to look like the garage, I can’t see any fault in that.

“We have to remember it is already 12m and it will only be 0.8 nearer, what we have to consider will this make any additional detrimental effect, we don’t think it will.”

He added that the officers respected representations from community council and local people’s view, but they needed to be “relevant to planning”.

The officer recommended that the application be accepted.

Councillor Robert Llewelyn Jones said: “We have to take note what is happening to our small communities on the island.

“As Cllr Ken Taylor says, this ticks all the boxes for letting it go ahead.

“But we have to look at the bigger picture, and what is happening to these villages, how we are trying to put together a plan to keep these places alive, for the Welsh language to thrive for local people.

“What happened in America, when the white people went over and there wasn’t a way the Indians couldn’t maintain their way of life.

“I went to live in Rhosneigr as a lad during the War, a young boy really, I can’t compare Rhosneigr now to what it was then.

“I was there three years, it was all local people, things have changed. Not much Welsh is heard in the shops there, or anywhere much anymore.

“There is not much we can do about this before us today, but we have to take note at what is happening on the island, and make sure that we do things better and easier so the area does not change, we have to do our best.”

Cllr Robin Wyn Williams added: “I respect and sympathise with the comments, and Cllr Llewelyn Jones’ comments, but we have to deal with policy issues, this is not going against policy, and that is different to guidance.

“I think if it went to an appeal it would be overturned so I support and second the proposal by Cllr Taylor to accept.”

Cllr Trefor Lloyd Jones queried if there was enough light for the neighbour, but also agreed to accept.

The proposal to accept gained five votes and the counter proposal to refuse four, meaning the application was passed.