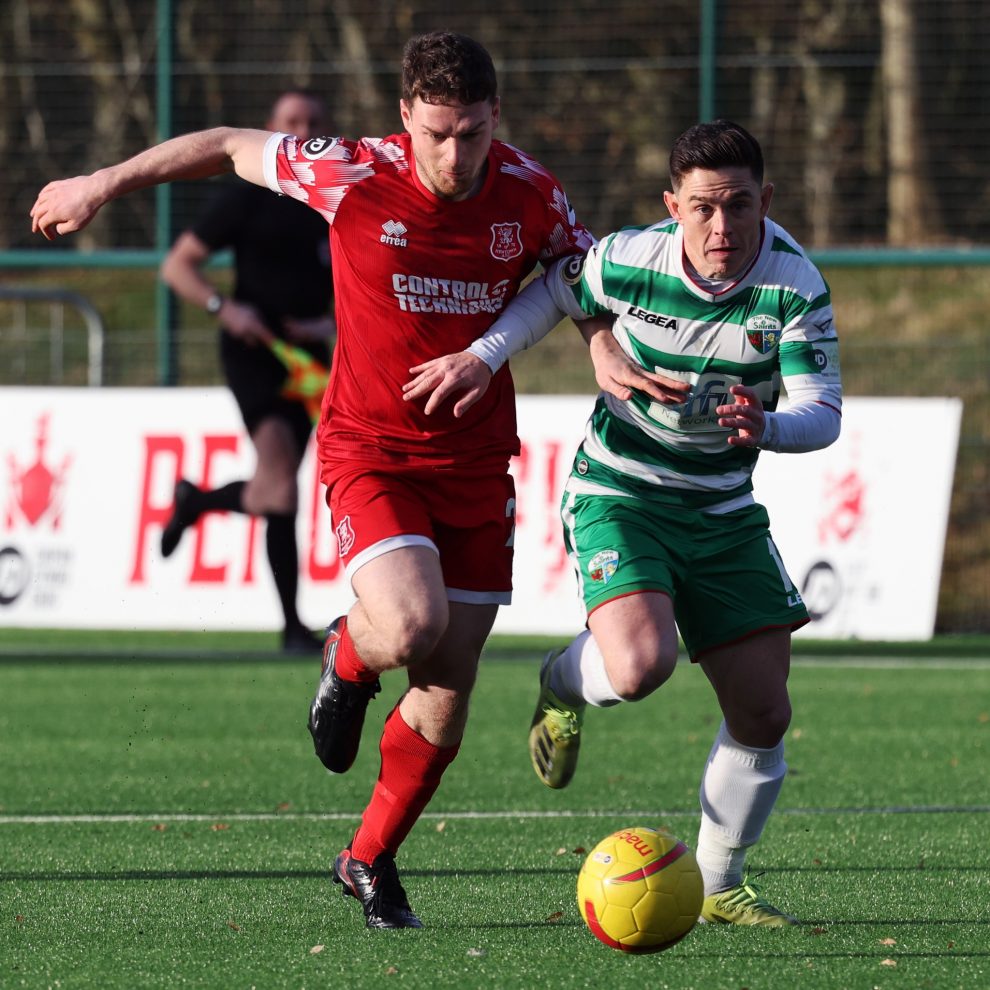 THE New Saints progressed to the quarter-finals of the JD Welsh Cup on Saturday afternoon with a 7-0 victory over Newtown at Park Hall Stadium.

Declan McManus and Ben Clark got a brace, Ryan Astles and Ryan Brobbel also scored, with Callum Roberts finding his own net.

Newtown had the first chance of the game in the fifth minute, with George Hughes striking the ball from 25 yards out, but his effort went off target.

Craig Harrison’s side took the lead soon after in the eighth minute, after a superb run from Danny Davies.

After taking the ball past a number of defenders, Davies cut the ball back towards the edge of the six-yard box, where Ben Clark was waiting to stroke home.

It was almost a second minutes later, as Ryan Brobbel sent an over-the-top ball towards Adam Wilson.

He got his shot away inside the box, but Dave Jones saved the effort.

There was a second scored for The Saints in the 14th minute, as a Chris Marriott free-kick reached Ryan Astles at the back post.

It was a composed cushioned header from the defender, who nodded past the goalkeeper from close-range.

A third followed quickly in the 16th minute, with Ryan Brobbel slotting beneath Jones after racing in behind the defence.

In the 40th minute, the JD Welsh Cup holders scored a fourth in somewhat comical fashion as Callum Roberts attempted a backpass from the halfway line.

The number three got it all wrong though, with the ball looping over Jones and into the back of his own net.

Chris Hughes’ Robins made a brighter start following the break, and substitute, Fumpa Mwandwe, forced Roberts into a save in the 51st minute.

On the hour mark, the visitors has another opportunity, as George Hughes passed the ball to Jake Walker.

Shooting straight at Roberts from outside the penalty area, the score remained 4-0 to TNS.

The Oswestry-based outfit added a fifth in the 63rd minute, when Declan McManus headed home at the back post following a superb cross from Chris Marriott.

Just like that it was six, as McManus teed up Clark on the edge of the box. A superb strike by the number 19 followed and the ball rifled into the bottom corner of the net, leaving Jones with no chance whatsoever.

The scoring wasn’t done there either, with McManus grabbing his second, and his side’s seventh, following a superb Danny Redmond cross.

Craig Harrison’s team are next in action against Bala Town on Saturday, January 21, in the last game of phase one in the JD Cymru Premier.