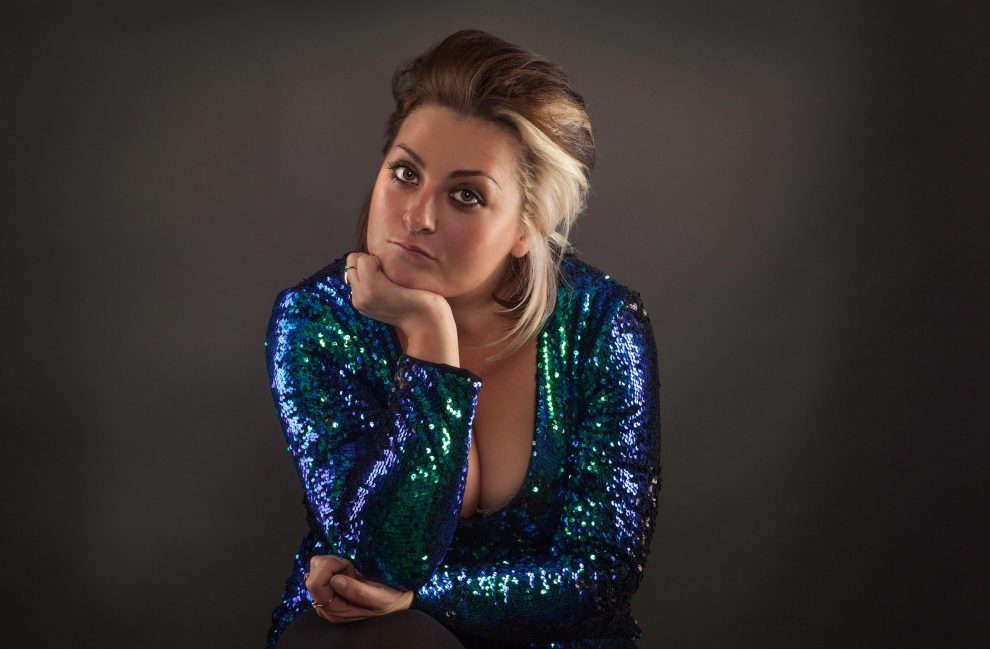 A TOP stand-up artist has rounded up big name stars for a dazzling night of comedy in aid of three LGBTQ+ youth clubs in Gwynedd.

It’s the second time Anglesey-raised celeb Kiri Pritchard-Mclean, who has starred on Have I Got News for You and 8 out of 10 Cats, has pitched in to help youth organisations run by charity GISDA.

The money raised at the gig will help fund the original club in Caernarfon and two new branches in Pwllheli and Blaenau Ffestiniog.

Kiri, a friend of GISDA club volunteer Klaire Hodgson, was first stirred to act after an attack on one of the young LGBTQ+ youth club members in Caernarfon in 2019, causing the club to temporarily close in the aftermath of the horror.

She was so appalled that she immediately organised a sell-out fundraiser to help what was then the only dedicated LGBTQ+ youth club for hundreds of miles around.

This time she has recruited the help of more of the hottest personalities on the comedy circuit including TV’s Live at the Apollo, BBC Radio 4 The News Quiz and The Now Show regular Suzi Ruffell and outrageous S4C chat show host Maggi Noggi along with up and coming Welsh writer, producer and stand-up comic Leila Navabi.

Kiri has won numerous plaudits at Edinburgh Fringe Festival, and earlier this year successfully premiered a Radio Wales pilot sitcom The Learners set in a Welsh for beginners class.

She said: “It’s an absolute pleasure and delight to be hosting GISDA Giggles again. Everyone in the audience is going to have a top notch night of comedy knowing their ticket money is going to a great cause.

“Once again Wales gets to show the world that love is love and we’re a place of tolerance and acceptance and that’s why I am proud to be from here.”

Klaire Hodgson who has been friends with Kiri since schooldays, said: “She is a star in every sense there is. The way she stepped up to help us at a time of need was remarkable.

Without Kiri and her comedy pals coming to our aid we might not have been able to go on and open the youth clubs we now have running in Blaenau and Pwhelli.”

One 15-year old who attends both the newest clubs said they are an ‘absolute lifeline’.

He said: “GISDA is a brilliant organisation which puts the needs of young people at the heart of everything it does. Attending these youth clubs really has changed my outlook on life and given me a social outlet which is invaluable. They are safe and welcoming and no one judges you. I recommend them for anyone who like me was looking for an environment in which to talk freely, honestly and openly.”

Klaire, 34, who has volunteered as a leader at the Caernarfon club for three years, says GISDA’s LGBTQ+ support projects are a lifeline to young people in north Wales who often feel they have no one else to talk to and nowhere to turn.

For many she said learning about their sexuality and gender preferences is an isolating time especially in remote communities where social facilities and education surrounding the issues is limited.

She said: “Young people on the verge of coming out or seen to be struggling with such issues are so often targeted for verbal, cyber or even physical abuse. It can be such a scary time for them.

“I myself was hospitalised after being attacked at a bus stop when I was just 14. So when a couple of years ago one of our young members was attacked in a similar way, I was completely horrified. It had so many echoes of my earlier experience, it brought me to tears. It was hard to believe that this could happen again 18 years after what I suffered.”

The clubs have a combined attendance of about 150 young people.

The Caernarfon club where Klaire volunteers was launched in 2017 by GISDA which was already undertaking valuable work with the young homeless and other vulnerable community members. Its research identified a real need to offer a haven for young people in the region who identify themselves as lesbian, gay, bisexual and transgender.

During the pandemic lockdowns of the last 18 months, Klaire set up a virtual club to replace the face to face venues which had to be temporarily suspended.

GISDA LGBTQ+ Project team leader Stacey Roebuck said: “We are so pleased to have Klaire in our team and with her own life experiences to draw from we could not wish for a better confidante or role model for the young people who attend our clubs.”

GISDA is also looking for more volunteers to help supervise and run the clubs which are open to young people aged from 14 to 25.

Stacey said: “As a charity our funds are limited and we rely heavily on grants, donations and volunteers. That is why events like GISDA Giggles 2 are so important. We are enormously grateful to Kiri and her showbiz friends who are so generously donating their time.”

The clubs currently lay on a range of activities including films, crafts sessions, guest speakers, seasonal parties and outings to events such as Chester Pride.

The LGBTQ+ youth clubs are held on a Monday evening at Caernarfon, Wednesday evening in Blaenau Ffestiniog, and Thursdays in Pwllheli. For more information visit https://www.GISDA.org/en/services/lgbt-youth-club 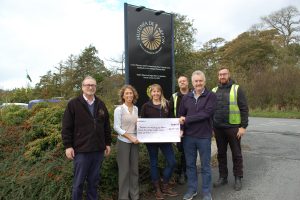