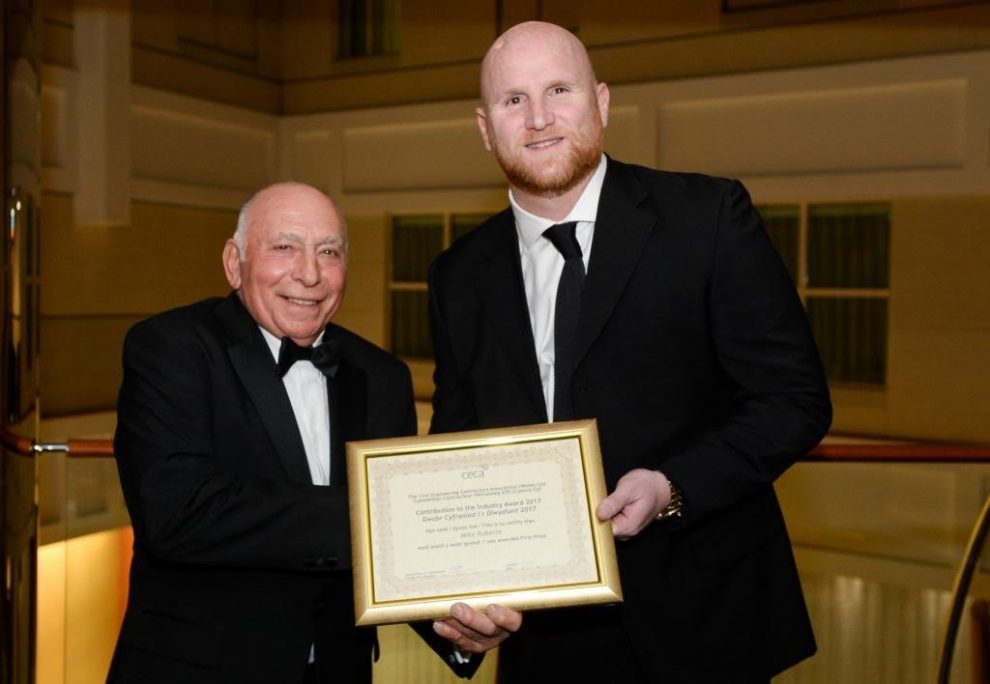 Tributes have been paid to “a big-hearted guy with an even bigger personality” after Mike Roberts sadly passed away.

The 76-year-old had fallen ill while working at the Training Centre, based at the North Wales Hospital site that Jones Bros Civil Engineering UK are currently redeveloping in Denbigh.

Mike, a husband to Val, father to Ceri and Lowri, and grandfather of six, spent almost 50 years working for Jones Bros in roles including operating and maintaining construction plants, general foreman and site manager. In recent years he had been instrumental in the training and development of Jones Bros’ trainees working as plant operator and general construction operative on the apprenticeship schemes.

Much of Mike’s career was alongside best friend Brian Roberts.

The duo became thick as thieves after playing darts together in the Leyland Arms, Llanelidan, back in 1967 before they later joined forces at Jones Bros.

Brian said: “We used to have some great fun on site in whichever part of the UK we were working in and then we’d spend weekends together, too.

“At work, Mike was so versatile and could turn his hand to anything from operating the bulldozers, to building work and kerb laying. The only thing Mike couldn’t do was ride a bike!

“I made sure Mike was on every project I led. No matter what you needed or what the job was, he was there to lend a hand and, often, be the best person at it.

“Everyone liked Mike, who was a big-hearted guy with an even bigger personality. I haven’t ever heard anyone say a bad word about him.”

Projects Mike and Brian worked on together included the Porthmadog bypass and the Ruabon bypass, but a job closer to home always held a special place in Mike’s heart, the Ruthin North Link Road.

Brian added: “He loved the fact that he could build a road so important to the town that we both lived in.

“He really did enjoy working and that was why he was adamant that he wasn’t retiring when I did and moved into safety and training.

“There is one small crumb of comfort in that he went the way he would have wanted to – with his boots on.”

Huw Jones, chairman of Jones Bros, said: “Mike has been a stalwart for Jones Bros, and was the 16thperson on the payroll working for my father, back in the mid-sixties, when I was around 10 years old.

“He would have seen a lot of changes and growth in the company over the years and had beeninvolved in some of our biggest schemes.

“His expertise on site was invaluable to his colleagues and his fingerprints are all over the development of dozens of Jones Bros employees.

“He was passionate about the industry and helping the next generation of our workforce find their feet and be as prepared as possible for working on site.

“Mike received a Civil Engineering Contractors Association (CECA) Contribution to the Industry Award in 2017 and was a worthy winner.

“He will be truly missed by everyone at Jones Bros.” 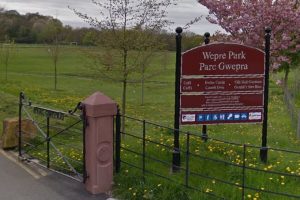