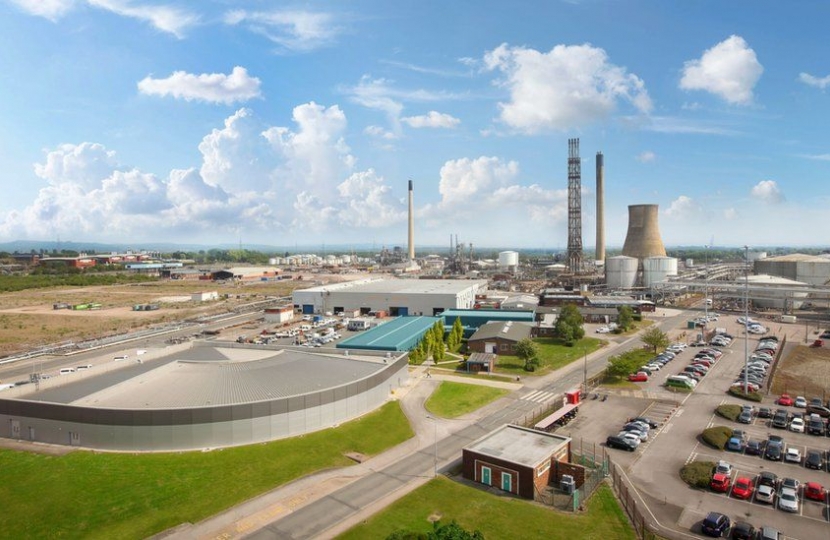 A new facility at Ellesmere Port that will convert non-recyclable household waste into sustainable aviation fuel (SAF) for use by airlines operating at UK airports has been welcomed by Welsh Conservatives, who say the knock-on benefits will be felt in North Wales.

Essar Oil (UK) Limited (Essar) is partnering with Fulcrum BioEnergy and Essar’s subsidiary company Stanlow Terminals to create an innovative bio-refinery that will convert several hundred thousand tonnes of pre-processed waste, which would have otherwise been destined for incineration or landfill, into around 100 million litres of low-carbon SAF annually. The £600-million project looks set to create hundreds of jobs.

“This is part of a number of innovative solutions just across the border at Stanlow designed to cut carbon emissions and contribute to the UK Government’s Ten Point Plan for a Green Industrial Revolution. It’s an ambitious plan that sets firm foundations to accelerate the UK’s path to net zero while transforming the economy, boosting employment, and delivering growth.

“While important at any time, it is absolutely critical as we begin the process of recovery as we progress through this pandemic.”

“This project – at just a few miles from the North Wales industrial heartland of Deeside – is another example of the cross-border benefits that Wales enjoys as part of a strong United Kingdom. It’s bound to have positive knock-on effects for communities and people in Wales, while benefiting the environment as part of Essar’s wider plans to build a green energy industrial cluster at the Stanlow site and quite literally fuelling economic recovery.”