Home » Wings around the world: How Welsh know-how keeps planes in the sky 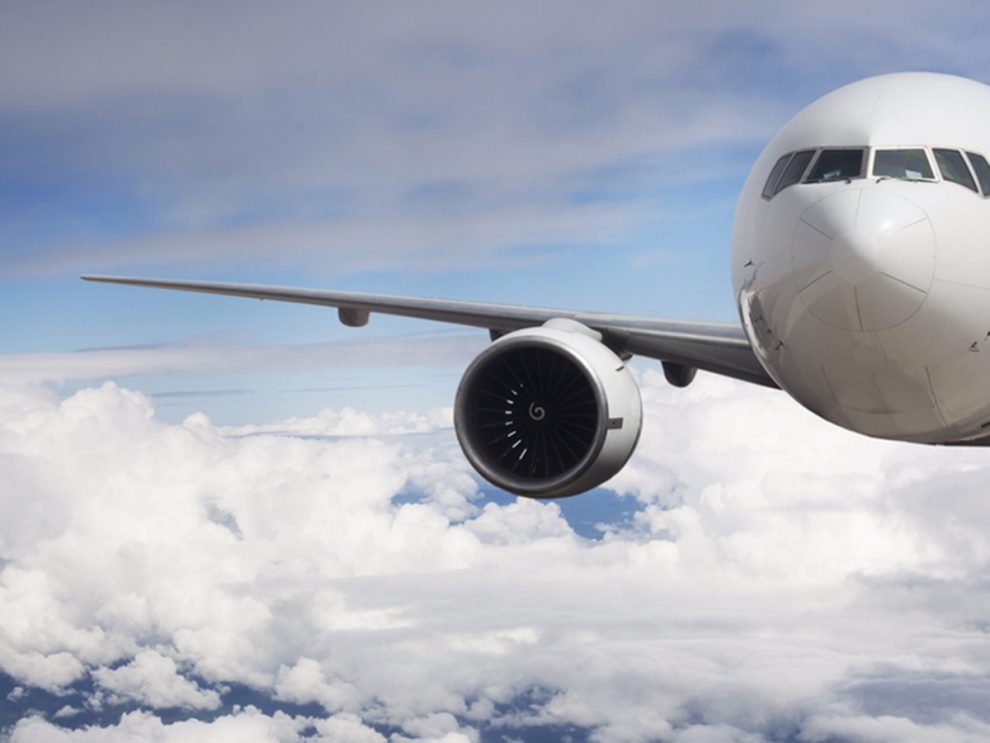 ALTHOUGH you may be jetting far out of Wales when you step onto a plane, if you’re on an Airbus, the wings attached to the plane were most likely built in Wales.

In fact, 50% of the world’s passengers fly on aircraft with wings which are manufactured in Wales.

This is thanks to the Airbus factory in Broughton, North Wales.

Airbus Broughton is absolutely huge at 700 acres. It has four separate wing production buildings, its own airport and even its own football pitch. Broughton also comes with a thoroughbred aviation pedigree.

The site has been producing aircraft since 1939, including legends such as the Avro Lancaster and the DeHavilland Comet which were built here before it started to specialise in wings under the ownership of Hawker Siddeley.

All the engineers are proud not only of the work they were doing today but also of the part they play in the continuing heritage of the site.

A large banner at the Broughton factory proudly announces that ‘The World Flies on Our Wings’. It’s that combination of pride and quality of work that is so impressive about Airbus.

Around 60% of Airbus Broughton’s employees live in Wales and Airbus’ first tier supply chain spend is worth about £500 million to the Welsh economy per year.

Airbus Foundation’s Flying Challenge programme is a youth-mentoring scheme that has seen the young people from Ysgol Treffynnon school in Flintshire attend 20 weekly sessions at Airbus Broughton to gain insight into the aviation and aerospace industries.

The highlight for the pupils was a flying day in June where they each took control of a light aircraft during a flying lesson at Hawarden Aerodrome. They receive their graduation certificate this summer.

A virtual reality suite is being used to simulate the AMRC Wales facility and show how it will be used for Airbus’ ‘Wing of Tomorrow’ project that seeks to build lighter, stronger wings.

In 2009, Airbus invested £400million in a new production facility known as the North Factory to assemble wings for the latest Airbus aircraft – the extra-wide-bodied A350 XWB. The A350 XWB programme supports more than 1,200 jobs at Airbus in the UK and 5,000 more across the wider supply chain.

Although a wing’s main job is to provide lift, there’s a lot more to them than meets the eye.

Wings are also packed with control surfaces; those panels you see extending as you take off and land. These are called ‘high lift’ systems and consist of slats at the front and flaps at the back.

They increase the size of the wing area which allows the aircraft to fly at slower speeds.

The other control surfaces built into the wings are ailerons which control the roll of the aircraft and help steer it, and spoilers that can be used as brakes to slow the aircraft in flight and to reduce lift as it lands.

Wings also contain much of the fuel for your flight and are the anchor points for the giant Rolls Royce Trent XWB engines.

Assembling wings for Airbus commercial aircraft starts with the long-bed machining of large-scale components, such as wing skins, or panels, and stringers which are used to fasten the skins together. The panels are then assembled in large structures called jigs to form the wingbox which is then transferred to equipping.

For A380 and A320 Families, the ‘equipping’ is completed at Broughton. This is when the wingbox becomes a fully tested and functional flying wing with the electrical, hydraulic and fuel systems installed and tested. A330 and A350 XWB wings are partially equipped at Broughton but are flown by the Beluga transporter plane to Bremen, Germany, to the final wing equipping line.

The Broughton plant recently made its 350th pair of A350 XWB wings. Over 50% of the wing is made from new, high-strength, lightweight composite materials, rather than traditional aluminium. The wing covers are made from carbon fibre reinforced plastic, as are the front and rear main wing spars.

Airbus’ Broughton site is a critical part of the company’s international operations and produces wings that enable Airbus to make more than 60 aircraft per month. In 2018, Airbus delivered a record 800 aircraft to customers and took orders for a further 747 planes.

The Beluga aircraft, so-named for its resemblance to the cute white whale, is a giant transporter plane that takes Broughton wings to the FALs in Toulouse and Hamburg.

The Beluga Line station is a purpose-built facility for loading the wings on to the transporter regardless of weather conditions. It takes about 70 minutes from landing to take-off to unload and load the Beluga.

When Airbus opened the £350m wing plant for the A380 in 2003, it was the heralded as the largest factory built in the UK for years. The floorspace of the West Factory was the equivalent to 12 full size football pitches and at peak production could house 1,200 staff.

It needed to be big, with the factory assembling the wings for the 555 seater A380 before they were transported by barge and ship to Toulouse in France.

But in February 2019 Airbus announced the programme would be ended as orders dried up for the jumbo jet. The final wings of the A380 left the site in the first half of 2020.

3,200 staff were placed on furlough as Chief Executive Guillaume Faury warned the company was “bleeding cash at an unprecedented speed”.

Airbus said about half of the staff at its Broughton site would be placed on the UK government’s job retention scheme, which pays 80% of wages.

Mr Faury also told Airbus’ 135,000 staff to brace for potentially deep job cuts and warned that its survival was at stake without immediate action.

During the height of the pandemic, Greg Waldon, from Flight Global, said: “Airbus is a crucially important industrial programme for Europe, I think Europe will be committed to keeping Airbus going.

“However, there’s going to be a great deal of pain to go through. If they cut production rates quite significantly you’re going to see large numbers of layoffs. I would expect in a few years you’ll see a smaller leaner Airbus than what we have now.”

Airbus posted a profit in the first quarter of 2021 but warned the “crisis is not over” in the aviation sector.

“The first quarter shows that the crisis is not yet over for our industry, and that the market remains uncertain. We are investing in innovation and in the transformation of our Company to deliver on our long-term ambitions across the portfolio.”

‘Why not’ a tunnel between Wales and Ireland, says Transport Secretary
Anglesey man among those charged with right-wing terrorism offences
Comment