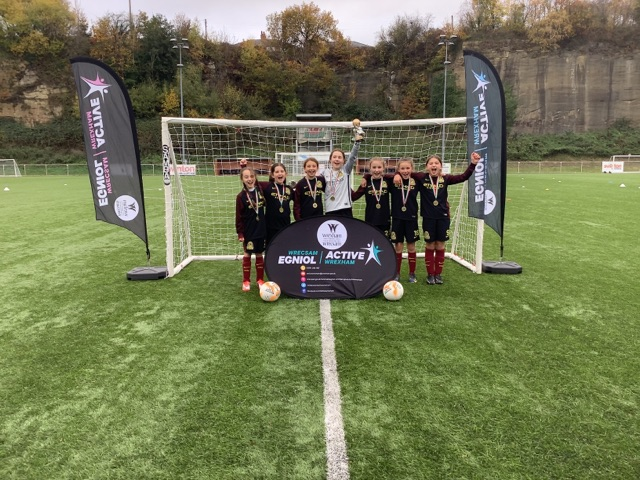 Earlier this month 24 schools teams took part in a girls only tournament. After group games then further knockout rounds, the eventual winners were Acton Park CP beating Plas Coch on penalties in an extremely close final.

Acton will now go on to represent Wrexham at the National Primary 5’s tournament at Newtown AFC in May 2023.

Later in the month 32 teams took part in a mixed. With the amount of teams who entered, it was decided to just hold group games on one day with a World Cup style event. The format was four groups with eight teams in each.

All schools who entered were invited to take part in a World Cup celebration competition. Schools were encouraged to make banners, flags, shirts or similar and to be as creative as possible with their creations.

Cllr Phil Wynn, Lead Member for Education, said “It is so pleasing that so many of our junior footie team players enjoyed themselves, with well over 400 pupils taking part across both tournaments, which goes to show the strength of junior football in Wrexham.

“A big thank is owed to the Active Wrexham officers for staging these fun tournaments and I wish Acton Park CP girls team all the best when playing in the National Primary’s 5’s tournament next year.”

We look forward to the further mixed events tournaments in March. 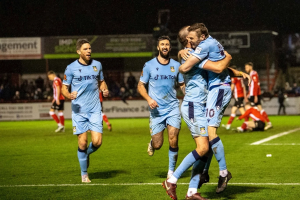