Home » Have you seen the giant bucket hat? 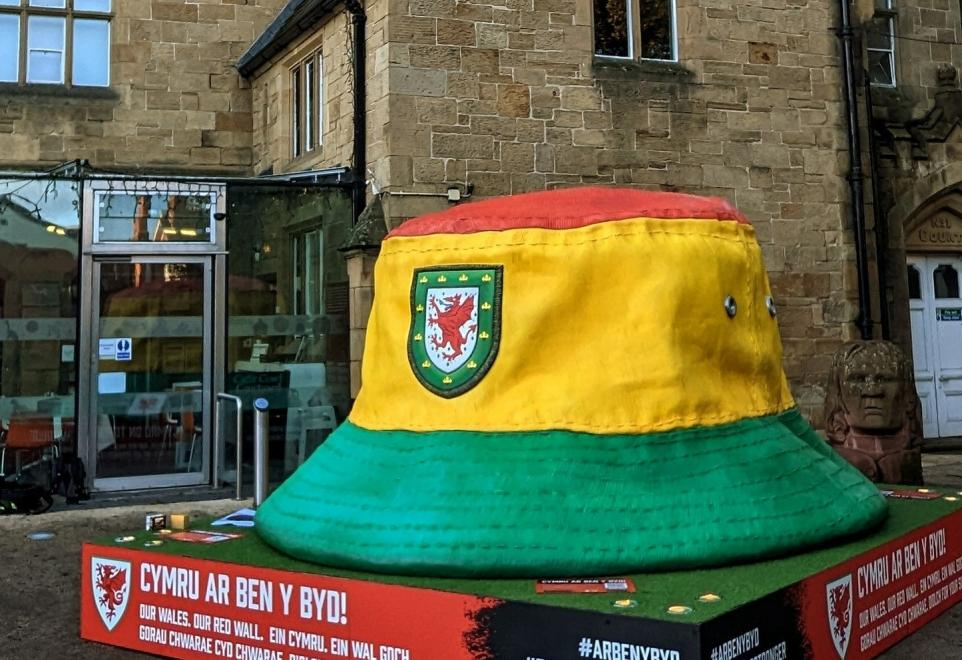 A MASSIVE bucket hat has arrived in Wrexham in anticipation of Wales’ World Cup matches later this month.

On Monday, November 21, Rob Page’s team will face the United States in Group B. (7pm kick-off).

Wrexham Museum is now showing its support for the national team with a range of activities and exhibitions.

This includes a jersey worn by Mel Charles at the 1958 World Cup and another worn by Cefn Mawr’s own Neco Williams during the 2022 tournament qualifying.

In addition, during the weekend, the museum organised its inaugural World Cup Sticker Swap Shop.

The yellow, green, and red hat is a homage to those worn by Wales fans, which have grown instantly recognisable over the years and will no doubt be seen in Qatar as well.

Tim Williams of the ‘Spirit of 58’ brand and shop on Bala High Street created the first bucket hat design.

Snap down to the museum on Regent Street as soon as possible to get a picture with the hat before it’s gone!