Home » Wi-Fi highlighted as a problem in Wrexham city centre 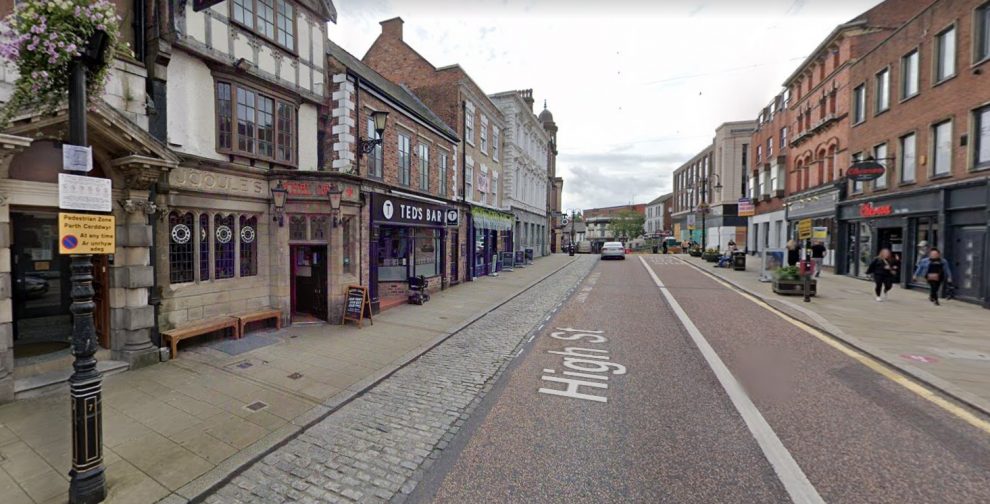 WREXHAM Council is looking at solutions to improve poor Wi-Fi connectivity across the city centre.

The issue was raised at a meeting of the authority’s Employment, Business and Investment scrutiny committee were members were looking at the Smart Towns pilot.

This includes the use of sensors to monitor footfall, car park usage and air quality levels.

But for a number of years poor quality Wi-Fi in Wrexham has been an issue, leading to Rhosnesni Cllr Andy Gallanders (Plaid) to ask if the council was looking for a system or server to collect the Smart Towns data which relied on wireless connectivity.

He said: “Currently the town centre Wi-Fi is dreadful, so how would that work?”

Officers at the meeting acknowledged that Wi-Fi needs to improve ahead of its next tilt at becoming City of Culture as it was an area Wrexham fell down on in the last bid.

Fellow Rhosnesni Cllr Mike Davies (Ind) raised the huge rise in attendances at Wrexham AFC games, with 10,000 people regularly packed into the Racecourse Ground in an area which is poorly served by Wi-Fi.

“It’s quite important for city centre development which is something we’re looking at”, Cllr Davies said.

“I was recently talking to a resident who had been to a football match and he couldn’t get a mobile phone signal in or around the stadium.

“I’ve spoken to quite a few people and apparently it is a very poor area for phone reception. These days we’re looking at 10,000 plus people turning up there regularly and in the future when we get a new stand possibly 15,000 people and a conference centre there.

“If there is a problem with the phone reception, is there any way the council can put pressure on mobile phone providers to improve the signal, put a booster in or something? Or is it something we could do with the football club, put in a joint request?

“I’m concerned that we’ve got a part of Wrexham that is very poorly serviced, got an awful lot of people there at one time, and could cause problems for the future.”

David Evans, the council’s Smart Towns officer whose responsibilities include Wi-Fi, said the council was speaking to companies that could provide solutions.

He said: “We’re currently researching providers out there that could support Wrexham by deploying some network boosters across the city centre.

“It’s about finding what’s right for the city, but it’s a work in progress.

“We understand that there’s a network coverage issue not just from the football ground but we’ve had a number of residents complain to MPs and councillors alike so we are aware of it and it’s what the council can do to support.

“Ultimately it lies with the network provider but we are researching and talking to a company that could provide a solution to that.”

“If I go into Wrexham twice or three times a month and still only spend £100 I’ve got to spend, the footfall is sort of irrelevant to a degree”, he said.

“I don’t know if we can get the information via phones that people from Oswestry for example, that when they want to go somewhere different they don’t go to Chester off the A483, they stop off in Wrexham instead.

“How do we get more people in rather than more people just milling about spending the same amount of money? I think we’ve got to attract more people.

“I bet more money from outside Chester gets spent in Chester than from inside Chester. We’ve got to catch some of them before they get to Chester, that’s my opinion.”

Members were told the technology used as part of the SMART Towns pilot is not just about data, but capturing a picture of human behaviour and decision making in order to help businesses operating in the city.

Cllr McCusker also pointed to Wrexham’s current air quality rating. He wondered whether shops in the city could be able to show their air purity rating.

Members opted to receive a further update on the pilot in six months, and to engage with community councils in other areas of Wrexham to see whether the technology could be useful to them.

There will also be an all-member workshop on the scheme at a later date.