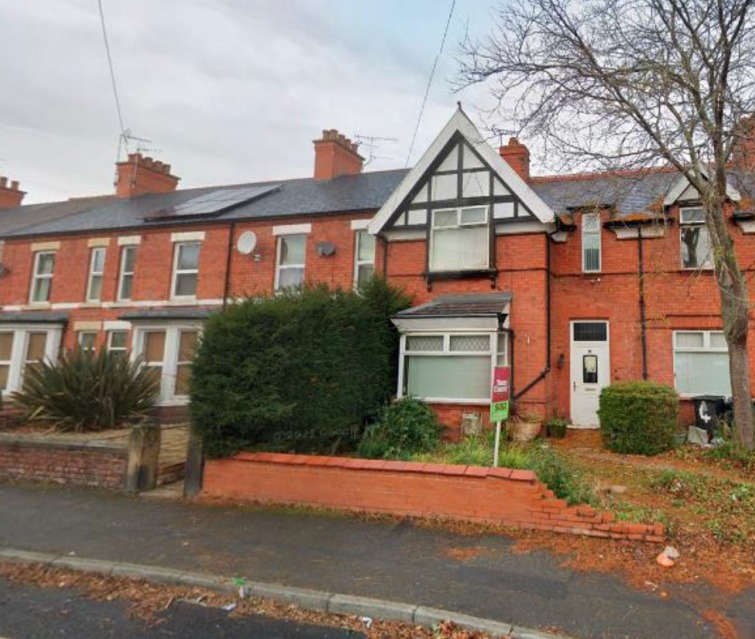 A RESIDENTIAL property in Wrexham city centre will become a HMO (house of multiple occupation) despite strong opposition from the ward councillor.

Wrexham Council’s planning committee approved the change of use for a four-bedroom property on Bersham Road at its monthly meeting.

According to the planning report read by members the property has four bedrooms and there will be no increase in occupants at the property.

Seven per cent of the residential properties within 50 metres of the site are currently in use as HMOs – below the 10 per cent threshold.

The application had been recommended for approval by the council’s planning officers, but concerns about parking, anti-social behaviour, and over-saturation were raised by ward member, Offa Cllr Katie Wilkinson (Plaid).

Having given her apologies for being unable to attend the meeting, a statement was read to the committee on Cllr Wilkinson’s behalf.

She said: “HMOs are a huge concern to the residents of Offa, having caused significant distress and negatively impacting the already fragile infrastructures in the ward.

“From fly tipping and litter, to an increase in parking issues, police call outs and anti-social behaviour.

“I am aware some landlords are pro-active and manage their properties well, however, this is sadly not the case for most.

“Although I have been advised by officers that this proposed HMO would mean the immediate area would not exceed the 10 per cent threshold for HMOs within 50 meters, this does not include properties that have been turned into self-contained flats.

“Parking is already a grave concern in the area, particularly on Bersham Road itself, with cars parked all the way along both sides.

“This junction is a busy route for traffic to and from Coleg Cambria and Ysgol Clywedog, including buses. Adding additional parked cars is going to cause further disruption to a junction/street that is already at capacity.”

Cllr Wilkinson added: “Wrexham Council appears to be in support of HMOs being developed as an answer to the housing crisis, without considering the impact this has on the community, or the impact it has on those who are living in, quite often, sub-standard accommodation with very little support.

“I do not believe that adding further demand to the roads, the wellbeing of residents or to Offa’s infrastructure is a positive step forward at this time.”

Responding to the comments, planning officer Matthew Phillips said references to other landlords showed the success of the licensing scheme that those who do not run their properties and their HMO businesses within the law are sanctioned.

He added that there was no justification for refusal on parking grounds.

Grosvenor Cllr Marc Jones (Plaid) said he would reluctantly vote in favour of the application but took issue with some of the evidence put forward in its favour.

He said: “I accept it’s very difficult to refuse this on the grounds of over-concentration and parking but I do have to take issue with anyone using the 2011 Census to try and justify a decision because it is now out of date and circumstances have changed.

“In 2011 we had a half decent bus service in Wrexham which we don’t have now. Consequently, people are more reliant on cars which makes it more likely HMOs will have more cars.”

Cllr Jones spoke of unlicensed HMOs operating in his ward, hinting that he believes there are more operating across the city centre.

Hermitage Cllr Graham Rogers (Lab) spoke of the problem HMO’s cause in his ward, pointing to fellow residents unhappy about parking issues caused.

But Overton John McCusker (Ind) said there was no option but to vote in favour of the application.

“What people are saying about other applicants is irrelevant.

“Each property has got to be looked at individually and I can’t see anything in any shape or form that we should do anything other than concur with the officer recommendation”.

The planning committee voted to approve the change of use application.