Drakeford: We will help our young people build Wales’ future 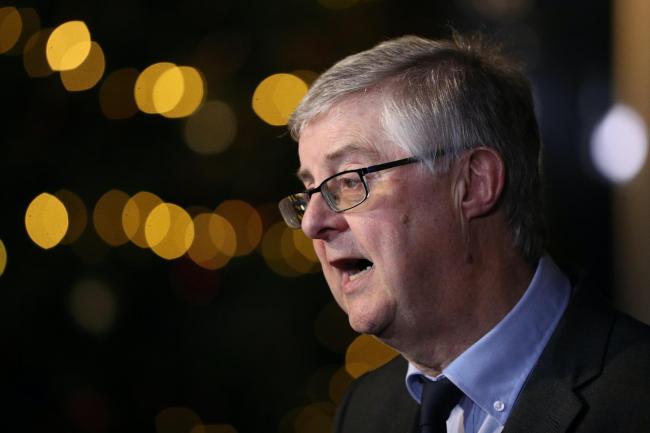 WELSH LABOUR will kick off their 2021 election campaign on Thursday with an exciting offer to the people of Wales that helps young people get on in life, and makes our communities safer.

Mark Drakeford will unveil the key policies that will form the foundation of Welsh Labour’s campaign over the coming weeks. The pledges will show that the party has a plan to lead Wales through the pandemic and to keep moving Wales forward.

One of the six pledges he will announce is a Young Person’s Guaranteeof a place in work, education, training or self-employment for everyone in Wales under the age of 25. This will include 125,000 new apprenticeships to give young people high quality routes into better jobs.

Ahead of the launch, Welsh Labour Leader and First Minister Mark Drakeford said: “We will set out six key pledges that will be the bedrock of our manifesto and our plan to keep moving Wales forward.

“Clear and costed promises that will make a real difference to people’s lives.

“For young people, a pledge to stand with them as they face the worst economic crisis we’ve ever seen.

“For our communities, a pledge to help keep people and our streets safe.

“Where the Tories want to cut all 500 of the vital Police and Community Support Officers that the Welsh Labour Government funds, we will not only protect them – we’ll fund 100 more.”

The Welsh Labour Government has stepped in to fund 500 Police and Community Support Officers to help keep our communities safe. We will increase this support to fund 600 officers whereas the Tories will abolish them altogether.

The Welsh Labour Leader will use his speech to contrast the careful and cautious decisions taken by his government, with the partisan approach taken by the opposition in the Senedd. Drakeford will stake out Welsh Labour’s ground as the only party that has the strength and experience to deliver for Wales.

“Welsh Labour is setting out a platform to move Wales forward into the future with confidence and hope.

“To build a brighter, fairer and more equal Wales for future generations.

“The Tories won’t build that future.

“They’ve never put the interests of Wales first and have shown that more clearly than ever over these last months.

“Their solution to every problem in this pandemic?

“And Plaid Cymru can’t build that future, either.

“They haven’t had to make any difficult decisions through these last twelve months and you can see that inexperience bursting through into this election campaign.

“This year it has been one unfunded and undeliverable campaign promise after another.

“No plan to pay for them; no credible way to deliver them.

“Leadership isn’t about simply saying things that you think people want to hear.”

Residents urged to Love Wales by caring for environment