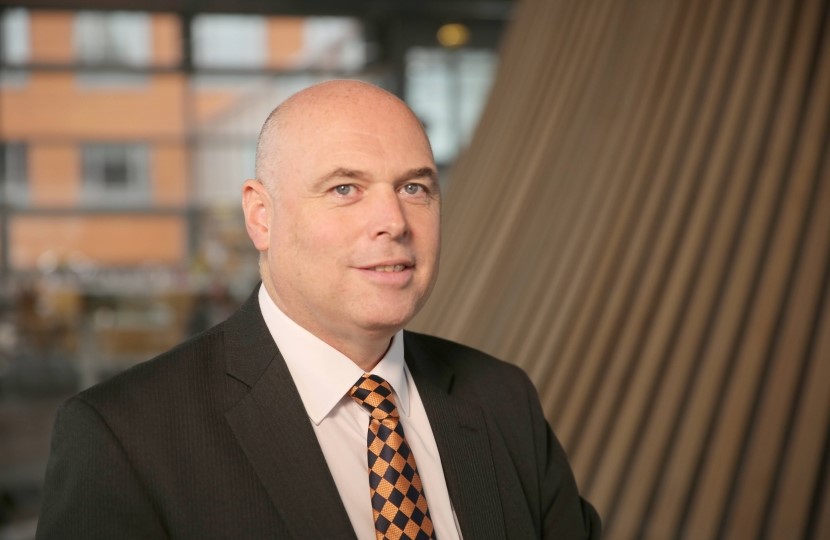 THE WELSH Conservative’ former leader, Paul Davies, is taking legal advice over the content of a social media post by Labour’s Jackie Jones.
The pair are contesting the Preseli Pembrokeshire constituency in next week’s Welsh Parliamentary elections.
The social media post relates to the incident which led to Mr Davies’ resignation as Conservative leader.
It insinuates that Paul Davies in some way exercised undue pressure on a member of Senedd catering staff to serve alcohol.
The social media post does not refer to any source for Ms Jones’ implied assertion.
Ms Jones’

The legal issues surrounding the post are straightforward.
Unless Ms Jones can corroborate the insinuation with direct testimony from the employee concerned, even a reasonably held belief that its content is true would not be a defence to a published libel.
The post also potentially runs foul of The Representation of the People Act 1983.
Section 106 makes it illegal for any person to publish any false statement of fact about the candidate’s personal character or conduct unless they can show they had reasonable grounds for believing that statement to be true.
The burden of proving the belief is reasonable falls on the accused. In other words, Ms Jones must produce a sound basis for her assertion.
The only testimony which would count, as she was not present in the dining room, would be direct. Guesswork pieced together from third-party news reports would not be enough.
The seriousness with which the Labour Party in Wales is taking the issue is underlined because Alun Davies remains its candidate in Blaenau Gwent and Mark Drakeford visited that constituency to rally support for him.

Setting aside whether or not the social media post is libellous or not, the consequences of being found in breach of The Representation of the People Act are severe.
Repeating the libel through an advertisement or leaflet would only make matters worse.
If she won Preseli Pembrokeshire and found to have breached election law, it would prevent Jackie Jones from taking her seat. She would also be barred from standing in a subsequent by-election.
That was the fate of former Labour Minister Phil Woolas. He allowed a manipulated photographic image to appear on his campaign literature during 2010’s General Election. The published image implied the Police had arrested his Liberal Democrat opponent.
The Election Court found Mr Woolas had knowingly made false statements about his opponent’s character.
The Court overturned the election result, and Mr Woolas’ career in frontline politics ended.

In January, news broke of an impromptu pre-Christmas meeting held in a Senedd dining room. Paul Davies attended with his colleague Darren Millar, Labour MS Alun Davies, and two Conservative aides.
A further Conservative MS, Nick Ramsay, was also present in the dining room but was not part of the meeting.
The group discussed elements of policy for the next Welsh Parliamentary term.
It is common ground that a staff member served them with a small amount of alcohol while they met.
The Senedd members present were the subject of a Standards Investigation, which is yet to be published.
The Herald has confirmed from different sources that Labour MS Joyce Watson, a Senedd Commissioner at the time, happened upon the meeting but did not immediately make it public.
Ms Watson and her Labour colleague Alun Davies are widely known to have described the Herald as ‘at best, an icy’ relationship.
The matter became public weeks later and just as Labour scrapped a planned return for pupils to school and faced pressure over its handling of the Covid pandemic.Paul Davies and Darren Millar resigned their posts.
Labour also took the matter very seriously.
Alun Davies had the Labour whip withdrawn for a short period.

In April, the member of staff who served them – employed by an external catering contractor – was invited to an interview under caution by Cardiff City Council.
Both Paul Davies and Darren Millar condemned that move and issued a joint statement.

The Conservative members said: “We are both very disappointed that Cardiff council has decided to take this action, it is grossly unfair to penalise a staff member in this way.
“We have co-operated fully with the authorities and at every stage made clear the staff member was not at fault.
“We look forward to the publication of the Standards Commissioner’s report as a matter of urgency.”

“Rethink” called for on outdoor hospitality

Denbighshire County Council is clamping down on dog fouling