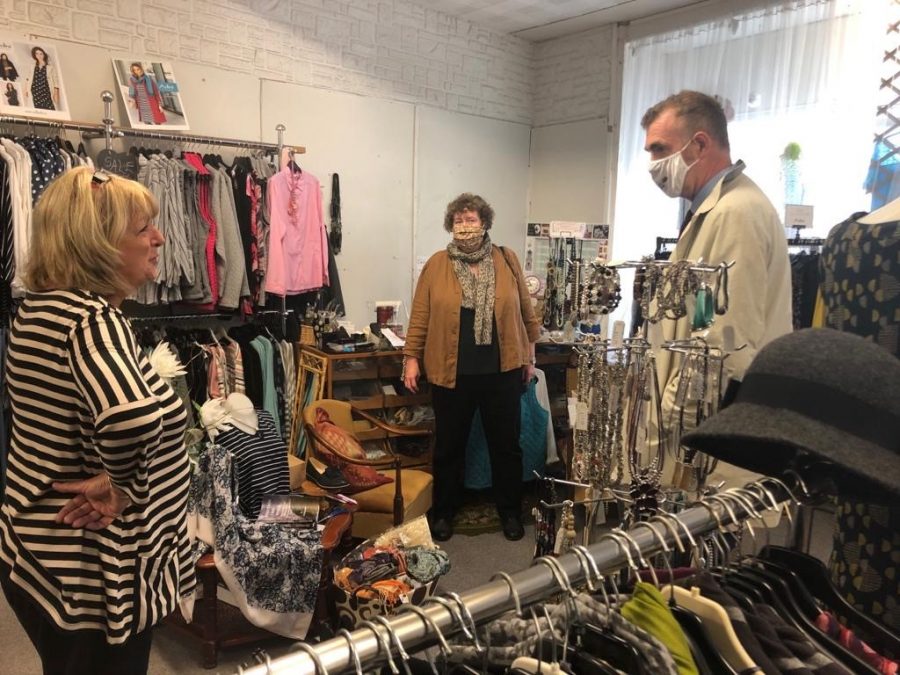 “A Llanelli bus driver, who is known as Mr Selfie, has set himself another challenge of posting a selfie every day this year to raise funds for the Welsh Air Ambulance. He’s asking others to send him selfies to share to help spread the word. Keith Thomas held a similar challenge four years ago and raised £3,700 for Marie Curie.

“The original fundraiser was set up because this grandfather of seven was teased by his colleagues for his love of taking selfies. He has quite a name for this with his colleagues at First Cymru. Following the success of his year-long campaign, Keith was awarded Marie Curie’s fundraiser of the year in 2017.

“Speaking on why he chose the air ambulance to raise funds for this time, he said:

‘I believe the air ambulances are such a crucial addition to the emergency services. I have seen them in action when my stepson played rugby; they attended teammates of his on two occasions and were so fantastic at what they did. So many lives are saved because of the swift action of our medical services and the air ambulance is the ultimate enhancement of their incredible work.’

“The former plumber had to have a change of career after ill-health made it impossible for him to continue in that profession. He was diagnosed with ulcerative colitis in 2008, which resulted in him being rushed into hospital and having major surgery to remove his bowel.

“He decided that it would be best for him to live with a stoma for the rest of his life, and since then he has dedicated his time to being the best bus driver he possibly can whilst raising awareness for people living with hidden disabilities and fundraising for a range of different charities along the way. His warmth and cheerfulness are an inspiration to all of us who know him, virtually or in real life, and it’s much appreciated by his passengers. He has received several awards, including ‘best driver’ in the Wales transport awards, and a silver award in the UK bus awards in 2019.

“With the coronavirus epidemic, it’s going to be a slightly different selfie challenge for Keith Thomas this year, but he has already raised a substantial amount of his £1,000 target.

“It would be great if some other Members of the Senedd could get involved by sending Keith a selfie @keiththom2014 on Twitter, and encouraging others to take part. It’s such a worthy cause, and he is such a caring fundraiser.”

Ammanford residents asked their opinions on the renaming of Miners' Theatre

Boris Johnson, his wife and chancellor Rishi Sunak to be fined for breaking lockdown rules