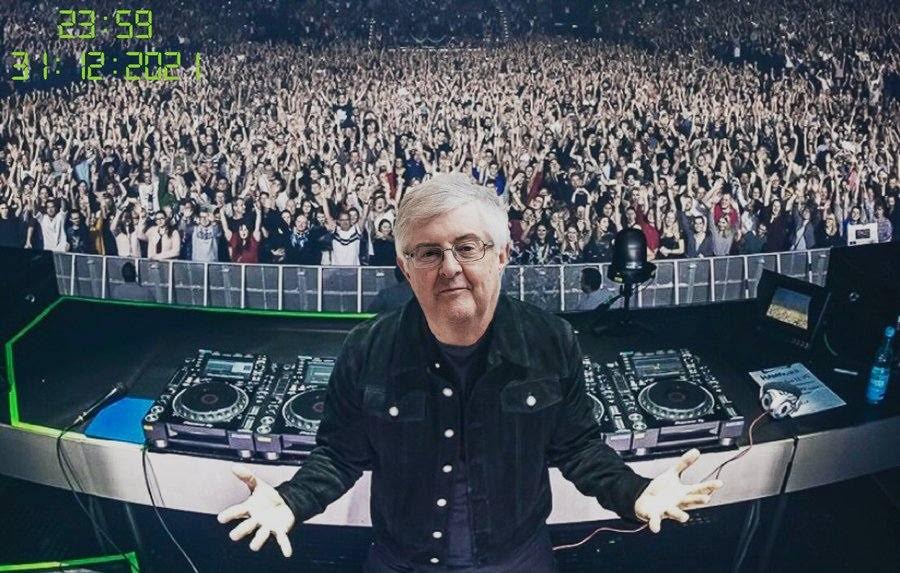 AN ATTEMPT to smear First Minister Mark Drakeford over the New Year celebrations has badly misfired.

As with most smears, it all began with a lie.

The First Minister, a former junkie, revivalist preacher, turned Brexit Party candidate for the 2019 General Election and commentator for GB News, Richard Taylor, tweeted was in Bristol to celebrate the New Year.

A committed anti-vaxxer and former voice of the fringe Abolish the Assembly (sic.) Party, Richard Taylor handed the Welsh Government what one Conservative commentator described as “a Get Out of Jail Free” card.

Mr Taylor’s obsession with the First Minister and Covid features heavily on his Twitter feed.

It was, the commentator said, “a distraction” from more pressing issues surrounding Mr Drakeford’s handling of Wales’s pandemic response.

Mr Taylor’s subsequent posts appear to suggest his original tweet was a prank to get a rise out of others.

However, that is not the context in which he originally posted it; one response to his social media message posted what purported to be a live CCTV image of Mr Drakeford’s Cardiff home in apparent darkness.

If Richard Taylor intended to incite a response, he certainly succeeded.

The fringe figure’s social media was swamped with responses rubbishing his “allegation” and demanding his (non-existent) proof.

The memes showing where Mr Drakeford spent New Year’s Eve, some of which illustrate this article, are amusing enough to debunk Mr Taylor’s provocation.

And yet, along with the video of Mark Drakeford celebrating Diwali outside lockdown earlier this year, it fed into a narrative that is getting increasing traction.

Increasingly, some individuals believe what they see and read on social media from extremists. They are conned into believing demonstrable untruths represent “real news” being ignored by mainstream media as part of an ill-defined conspiracy to mislead the public.

“The real news” panders to paranoia and demonstrates the louder and more often a lie is repeated, the more people believe it to be true.

The issue came under sharper focus before Christmas in the wake of revelations about parties hosted by Conservative ministers, advisors, apparatchiks during previous lockdowns.

Having been caught out in not one but repeated lies, the PM undermined public health messages across the UK.

It also raised questions about who knew what in the media and when they knew it. Filtering the news in this way directly affected Welsh politics in 2021.

There was no mystery or secrecy. Cardiff-based media knew damned well about the circumstances in which Paul Davies met with SpAds, Darren Millar, and Labour MS Alun Davies before Christmas 2020.

Those at the gathering, where policies were discussed over wine, were seen by Joyce Watson MS, who reported it to the Labour administration.

The Cardiff media sat on the story.

When The Herald published it, all other outlets piled in afterwards, spoiling Labour’s efforts at news management.

Dishonesty’s success is due to our willingness to jump to conclusions in hindsight. This chimes with what research shows on how we assess our choices.

If an adviser was the only one to predict a bad outcome before it happened, we tend to think that they must have known something that others did not.

While this may sometimes be true, often it is just pure luck.

A strategic adviser takes advantage of the willingness to trust our hindsight to inflate their confidence or even dishonestly advise against the available evidence simply to stand out.

An honest adviser, when ignored, is less effective (than their dishonest rival) in persuading the client to shift: commitment to honesty stops them from positioning themselves as a radical alternative if there is no evidence to justify it.

These strategies are repeatedly and ruthlessly employed by attention-hungry influencers because they work. That explains why politicians who are repeatedly found out to have lied could continue to enjoy public support.

Researchers at Ludwig Maximilian University in Munich carried out a research exercise.

They conducted seven experiments with more than 800 participants who played the role of the client.
The experiment found that strategic distortion of the truth outperformed honest advising in winning over and retaining individual clients up to 80% of the time.

When advisers were strategically dishonest, they also succeeded in swaying clients who elected their adviser democratically in each round.

This strategy, of course, is familiar to anyone who lived through the Brexit campaign, as former prime minister David Cameron clearly describes in his book, For the Record.

According to Cameron, Boris Johnson played the card we would expect the disadvantaged candidate (the one challenging the incumbent) to play.

Cameron advocated remaining in the EU, so Johnson embraced the leave campaign. Boris Johnson famously wrote two articles for his then-employer (the right-wing Europhobe Daily Telegraph): one supporting Remain, the other Leave.

Boris Johnson’s choice of which side to back was determined not by deep-rooted belief in either side of the debate but by calculating what course would best serve his own personal ambition.

Cameron writes that Johnson was strategically choosing to differentiate himself from the incumbents.
Johnson, he says, “risked an outcome he didn’t believe in because it would help his political career”. And, he adds, because Johnson was certain the Leave side would lose, backing it brought little risk of breaking up the government he wanted to lead one day.

And the rest, as they say, is history.

UKIP announces candidates for the May Senedd elections