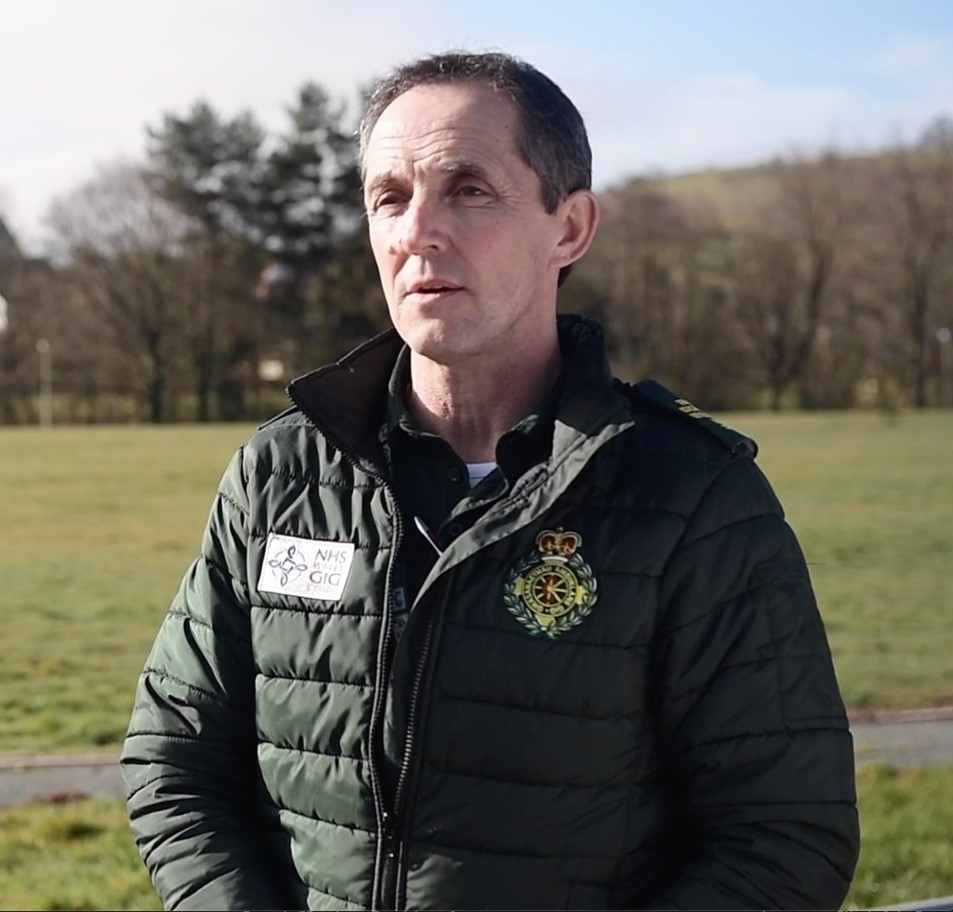 A WELSH Ambulance Service stalwart who changed the face of ambulance education has been recognised in the Queen’s Jubilee Birthday Honours List.

Jeff Price, the Trust’s Senior Education and Development Lead before his retirement in August, has been awarded the prestigious Queen’s Ambulance Service Medal, it was announced last night.

Jeff, from Usk, Monmouthshire, began his ambulance career in 1983 after a brief period with the RAF Police, during which time he served in Northern Ireland.

He initially joined as a patient care service operative and later held roles as a paramedic and station supervisor before his journey into training began.

Jeff, who himself has a BSc Honours in Pre-Hospital Care and a Master’s in Advanced Clinical Practice, oversaw generations of new recruits enter the ambulance profession.

The father-of-three was also one of only two Welsh paramedics selected to join the Emergency Care Practitioner programme at Liverpool John Moores University.

Before his retirement, Jeff was responsible for the training of military and fire service colleagues who supported the Welsh Ambulance Service during the Covid-19 pandemic.

Chief Executive Jason Killens said: “Four decades of service is a tremendous achievement in itself, but Jeff’s contribution to the evolution of training and education at the Welsh Ambulance Service is his legacy.

“He has many proud moments to look back on, but his work with newly-qualified paramedics in particular is a brilliant accomplishment.

“We’re beyond thrilled that he has been recognised in the Honours List, which is testament to his commitment to the NHS over many years.

“These awards recognise the hard work and dedication of our very best ambulance professionals, and Jeff is certainly one of those.”

Catherine Goodwin, Director of Workforce and Organisational Development (Interim), added: “Jeff was one of the most respected voices in UK ambulance education.

“The projects he spearheaded over his near 40-year career have led to considerable improvements for patients and staff alike.

“Jeff was and is a true pioneer, and we would like to extend a huge congratulations on his Queen’s Ambulance Service Medal.”

Jeff is among 1,134 recipients to have been recognised in the Queen’s Jubilee Birthday Honours List 2022, which marks the incredible public service of individuals across the UK in celebration of Her Majesty’s unprecedented 70 years of service.

Also among the Welsh recipients is Chief Constable Pam Kelly of Gwent Police, who has been awarded the Queen’s Police Medal for distinguished service.
Prime Minister Boris Johnson said: “This historic Platinum Jubilee is not only a celebration of the monarch but of the qualities she possesses.

“The honours she confers this week reflect many of those qualities that have been invaluable from all different walks of life and to communities across the UK.

“I pay tribute to all of this year’s winners.

“Their stories of courage and compassion are an inspiration to us all.”