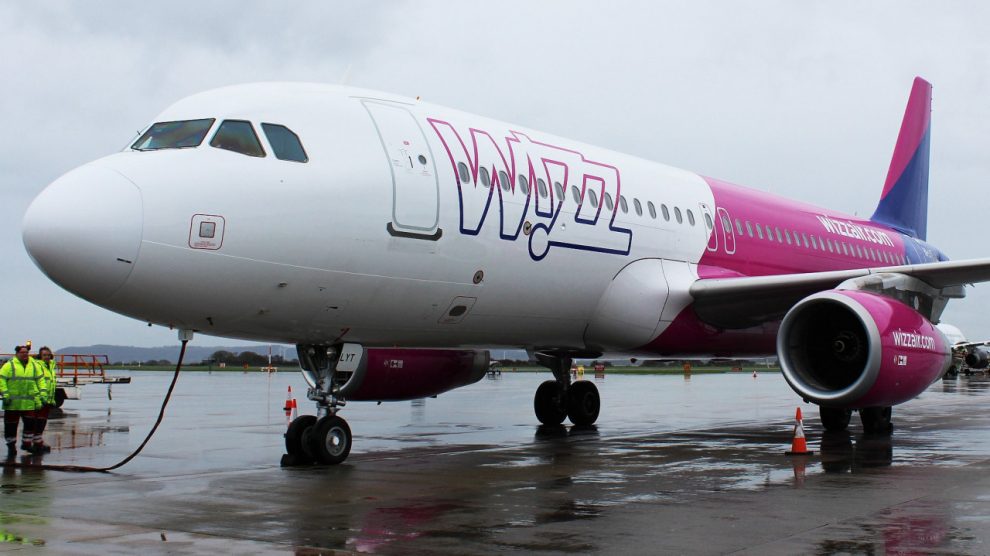 WIZZ AIR is is to close its Cardiff base less than a year after opening it.

The shock announcement will see the budget airline’s two remaining routes from the airport – to Milan and Bucharest – cease on 25 January.

Wizz Air announced the opening of its Cardiff base in April 2022, with plans to offer nine routes including Tenerife, Lanzarote and Corfu. It revealed intentions to create 40 jobs directly and 250 indirectly.

The airline was to have offered more than 330,000 seats, but then announced in November that it would suspend operations over the winter, while stressing its commitment to Cardiff.

Wizz Air UK manging director Marion Geoffroy said then the carrier was “prepared to build up operations at Cardiff over the long term”.

However, the carrier has today confirmed its operations at Cardiff will cease permanently later this month.

Cardiff is the second airport to fall victim to Wizz Air’s change of business plan. In June 2022 the carrier abruptly pulled out of Doncaster Sheffield airport, precipitating its closure.

Cardiff customers will be contacted via e-mail and can opt for either a 120% refund of the original fare in airline credit, a 100% cash refund, or an alternative flight via Birmingham, Bristol, Gatwick, Leeds, Liverpool or Luton.

The carrier added all Cardiff-based employees will be offered redeployment opportunities at other Wizz Air bases in the UK.

Marion Geoffroy told Herald.Wales: “The challenging macro-economic environment and high operational costs including fuel mean that unfortunately we are unable to continue operating from Cardiff Airport. We sincerely apologise to our customers in Wales and the Southwest of England for the disruption and inconvenience that this will cause.

“Our priority now is to ensure that all affected customers are contacted directly with clear advice on their options, and to look after our Cardiff-based colleagues and crew.”

A spokesperson for the Rhoose-based airport said: “It is regrettable that Wizz Air has cited the economic climate as its reasons for withdrawing its operations out of Cardiff. There has been positive booking trends and very strong passenger demand to travel from Cardiff in 2022 and current booking trends for 2023 remains similar.

“We have been working closely with the airline since 2020 and their latest indications to uslast week, were that bookings for this summer are ahead of this time last year, so we seetheir decision as surprising.

They added: “Our thoughts are with our customers who are impacted by this news and now face disruption to their travel plans for this year, along with our friends and colleagues that are employed by Wizz Air based at Cardiff.

Cardiff Airport has reassured that four of their existing airlines are still planning operations from Cardiff to all the destinations that Wizz were selling tickets to and are encouraging customers who had booked on Wizz this year, to consider an alternative choice to fly to their chosen destinations from Cardiff.

Cardiff is the second UK base closure in 12 months for the Hungarian airline with Doncaster Sheffield closing last year.

Commenting on the news Welsh Conservative Shadow Transport Minister Natasha Asghar MS told Herald.Wales: “It is a real shame to see another airline end its commitment to Cardiff Airport, especially with the loss of jobs and activity in South Wales that comes with it.

“More worryingly is what this means for the airport itself – I really want to see it flourish in private hands but instead in languishes in the ownership of the Labour Government who is flying the airport off the runway into terminal decline.

“We can see this most clearly when looking at passenger numbers at Cardiff which are down 44% on pre-pandemic levels when Bristol Airport is down just 5%.

“It also shows a wider failure of a strategy from Labour ministers who think a successful way to run a transport network is to cluelessly run its only commercial airport, ban roadbuilding, impose lower speed limits without local consultation, and run poor quality trains.”

Wizz Air suspended its winter flights in August, over running costs and has now cited the economic climate as the reason for the decision to call it a day overall, with services drawing to an end on 25th January.

Welsh Liberal Democrat Leader Jane Dodds said: “Serious questions now need to be answered about Labour’s strategy for the future of the Airport. With a bill of £210 million since the Welsh Government purchased the Airport and no sign of things improving, taxpayers will rightly be asking what value for money they are getting.

“The Welsh Liberal Democrats led to charge against the purchase of the Airport from the private sector in 2013 and we have continued to be vindicated since. Imagine what £210 million of taxpayers’ money could have done if it had been plowed into sustainable transport in Wales instead.”