Appeal after reports of duck attack at Cardiff’s Hendre Lake 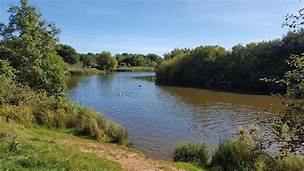 RSPCA Cymru has launched an appeal for information following allegations that three boys harmed a mallard duck at Hendre Lake in Cardiff.

The animal welfare charity received a call from a concerned member of the public after the boys were allegedly seen surrounding the female duck on Friday (23 April).

As the member of the public approached with her dog, the boys are said to have ran away. Three girls are also reported to have been at the scene – and were heard to be laughing and commented that the duck was dead.

Reports suggest the bird had a clean, round injury to head and was bleeding profusely – indicating the injury may have been caused by a BB gun or pellet weapon.

An RSPCA inspector attended the scene but despite a thorough search at the location where the bird had previously been seen – and in surrounding reeds and bushes along the lake – she was unable to locate the animal.

Officers from the charity have now released a warning as to the laws surrounding wildlife – and urged anyone with information about this alleged incident to contact them.

“It was also claimed three girls were laughing at the duck’s plight nearby, which really wouldn’t be any sort of way to treat an animal.

“The caller reported seeing a female mallard duck with a clean round injury to the head – which sounds consistent with a BB or pellet gun wound.

“Sadly, despite a thorough search, we have not been able to find the bird at this location. But we’d like to remind people that we take these reports seriously, and that mallard ducks are protected under the Wildlife and Countryside Act 1981. During the close season which is in place now, it is an offence to kill, injure or take them without a licence.

“We’re really eager to determine what may have happened here at Hendre Lake, and urge anyone with information to contact our inspectorate appeal line on 0300 123 8018.”

How one small gathering had far-reaching consequences