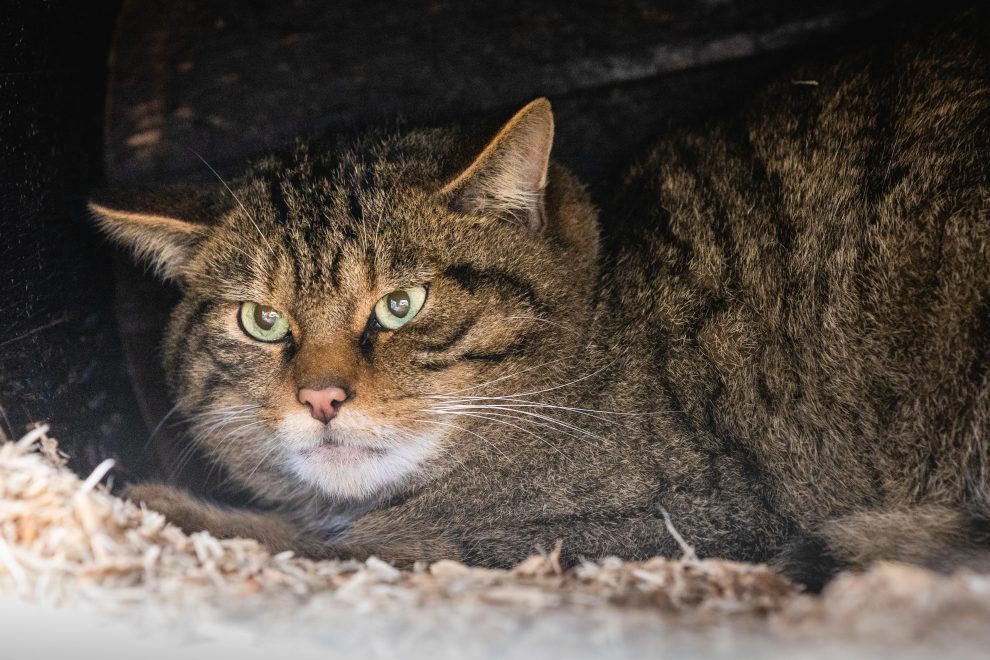 PEMBROKESHIRE’S Folly Farm is on a conservation mission, and its newest arrivals are as important as they are adorable

Wildcats used to be a common sight throughout Wales. Just slightly larger than a domestic cat and closely resembling a tabby, they once roamed freely and are thought to have been the inspiration behind Welsh myths and legends. Their names, Caradog and Myrddin, were inspired by characters from Celtic folklore.

Wildcats sadly became extinct in Wales at the end of the 20th century. If you want to see wildcats outside of captivity today, you will now have to travel to the Scottish Highlands – and even sightings there are rare as the cats are notoriously shy.

Caradog and Myrddin have been relocated to their new home at Folly Farm from Scotland, as part of the managed European Breeding Programme for the species. In giving a home to two males, Folly Farm is helping to aid wildcat breeding programs at other zoos, and the pair could even be used for breeding in the future.

Folly Farm’s Zoo Curator, Tim Morphew said: “It is more important than ever to protect our native species. 51% of mammals in Wales need urgent action to protect them, or they risk becoming extinct like the wildcat. It is devastating to see our wildlife decrease like this, but there are things we can all do to help. That’s what our Native Species Enclosure is all about.”

Using materials found on-site, Folly Farm’s zookeeper team worked together to build the Native Species Enclosure, which is now home to the two wildcats. “We wanted to keep everything as local as possible including the materials and plants used,” Tim said. “We even had the very generous donation of whisky barrels from Penderyn Distillery, which we have used to create the wildcats’ nesting boxes.”

Wildcats are not the only the Welsh natives to have joined Folly Farm this year. Guest can also see harvest mice – the smallest rodents in the UK – and white-clawed crayfish are also due to join the zoo soon as part of its initiative to raise awareness of endangered native species.

Tim continued: “The project has two aims. We want to highlight all this wildlife that was once really common in Wales, and remind people that if we don’t take action, more and more of these species will disappear. It’s important to remember that wildlife conservation starts at home. We don’t have to travel far and wide to make a difference. Simple things like building bird boxes or bug hotels to put in our gardens are a great first step to protecting the precious local wildlife.

“We’re very excited to be taking this step to further protect native species at Folly Farm, and we can’t wait for the public to meet Caradog and Myrddin.”

For more information on days out at Folly Farm, head to https://www.folly-farm.co.uk/