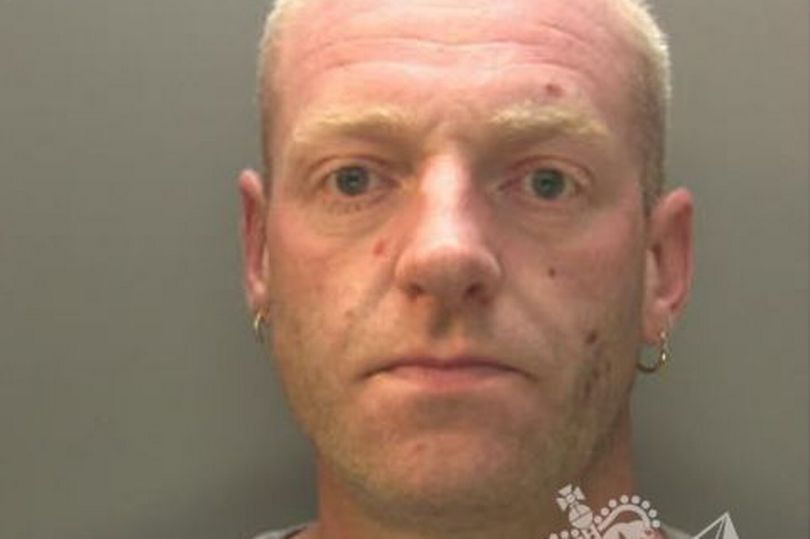 Greg Causton has been jailed for 10 months

A PREVIOUSLY convicted paedophile sent photos of his genitals to a decoy account called “Zoe” who he believed was a 14-year-old girl blaming coronavirus lockdown restrictions for giving in to his impulses.

Greg Causton, 35, of Llanhilleth, near Abertillery Blaenau Gwent, had conversations with the decoy intermittently over a year and made sexually explicit requests for pictures of her breasts and privates.

He was told on several occasions that he was talking to a 14-year-old, he initially said she was “too young” but would initiate contact again and asked to meet up with her for sex.

A sentencing hearing at Cardiff Crown Court  was told Causton was subject to a sexual harm prevention order (SHPO) after being convicted of attempting to incite a child to engage in penetrative sexual activity in 2014.

When he was visited by officers at his home address in High Street in July, they discovered a mobile phone which was capable of accessing the internet, something he was prohibited from owning.

Prosecutor Claire Pickthall said the defendant contacted a profile on the ‘Meet24’ app in July last year. After initially ending the conversation due to her age he got back in touch by asking her for a picture and sent her a picture of his penis.

He then went on to ask her if she liked the picture and asked her to send one of herself with nothing on. He also called the decoy “beautiful” and “sexy”.

After the decoy sent a photo of herself fully clothed he asked her to “take her top off”. He called her “baby” and “gorgeous girl” and sent a picture of himself in his underwear.

The decoy told Causton she was “shy” and scared of getting into trouble to which he told her not to tell anyone and it would “be their secret”.

On July 3 he told the decoy he “loved her” and wanted to see a picture of her breasts. Causton also said to the decoy he wanted to have sex with her.

Miss Pickthall told how the defendant had been jailed for two years in 2014 for sending sexually explicit messages to a 15-year-old girl.

Regarding his previous conviction the court heard he bombarded his 15-year-old victim with sexually explicit messages on Facebook and after locating her telephone number he sent messages asking her to touch herself and to send sexual photos.

Causton’s latest offences were committed between July 2020 and 2021.

The decoy then contacted the police who visited the defendant at his home and arrested him. Causton later pleaded guilty to attempting to communicate with a child, breach of a SHPO, and attempting to breach a SHPO.

James Evans, representing Causton, asked for the judge to give the defendant credit for his early guilty pleas.

The court heard the defendant was “on the edge of the autism spectrum”. Mr Evans said the coronavirus pandemic had hit his client and he had been affected after how grandmother was taken into a care home.

During sentencing Recorder IWL Jones told Causton: “You should be ashamed of yourself.”

Causton was jailed for 10 months and made him the subject of a SHPO until 2031 for a further 10 years. The defendant was also ordered to pay a £156 surcharge.

From Wales: A Ukrainian perspective on Putin’s War