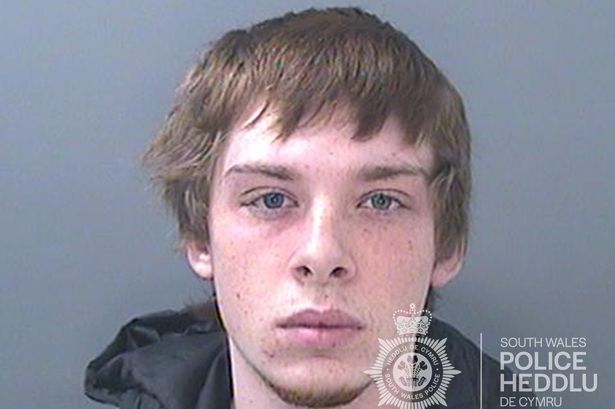 A 20-YEAR-OLD dad has been jailed after threatening car owners with an imitation weapon.

Paul Thomas, of St John Street, went on a break-in spree after becoming frustrated with his daughter’s failure to recognise him following his time in prison.

At around 6 a.m on October 22, 2021, Thomas appeared to be trying car doors in Rhiwglyn Road, Ogmore Vale, when Leah Spanswick caught him through her bedroom window.

Prosecutor Roger Griffiths told Cardiff Crown Court : “Around 20 minutes later Christopher Padget, who lives on another street in Ogmore Vale, was sitting on his settee and heard a noise he thought was the delivery of milk bottles. He then saw the defendant sat in the driver seat of his Vauxhall Viva leaning across as if looking at the glovebox on the passenger side. Mr Padget ran outside, opened the passenger door, and shouted: ‘Get out’.

The defendant responded: ‘Okay, I’m sorry.’ He got out of the vehicle and as Mr Padget walked towards him he raised his right hand and pointed what Mr Padget described as a handgun at him. The defendant said: ‘I’ve got a family to feed.’ Mr Padget backed away and the defendant ran off in the direction of a footpath with nothing taken from inside the vehicle.

On November 12, 2021 at 2:45am, Thomas broke into a Renault Twingo belonging to Lindsey Griffiths of Pentre Beili Terrace in Lewistown. Mr Griffiths received a phone call from his neighbour Diane, informing him that someone had broken into his car.

Mr Griffiths pulled open the driver’s door after seeing Thomas rummaging around in the car, but the defendant attempted to pull it shut.

The prosecutor told the court: “He saw the male inside holding a silver Stanley knife in his right hand. He pulled the male out of the car and the male said to him: ‘What the f*** are you doing?’ The knife swung towards him in a slashing movement and caught his jacket. Mr Griffiths knocked the knife to the pavement. Suddenly the defendant had a handgun in his hand which Mr Griffiths described as no more than eight inches from his face.

“The defendant said: ‘I will blow your f***ing head off.’ Mr Griffiths grabbed hold of the gun, wrestled with the male, and punched him a number of times to the face. The defendant then ran off, picking up a child’s scooter and carrying it with him.”

Shortly after the incident, police entered Thomas’ unlocked flat to arrest him for a different matter, where they discovered the defendant asleep on a small makeshift bed with dried blood on his nose, which Thomas claimed was from a fight the day before.

The police spotted a black handgun sticking out from underneath Thomas’ pillow. Thomas said: “It’s a lighter. I should have told you about it.”

Despite it turning out to be an imitation firearm, the victims expressed their fear that it was real. They claimed that their experiences had made it difficult for them to sleep or leave their homes at night.

Ms Spanwick stated that the incident had a “huge effect” on her and her partner.

The defendant had been working producing beer kegs at the time. He admitted three counts of an imitation firearm offence and attempting to steal from the cars.

He has prior convictions for affray, possessing drugs, destroying property, and malicious communications.

Andrew Kendall, mitigating, said his client has been hit hard when he was released from prison and his child did not recognise him.

“He had broken up with his partner who had stopped him from seeing his child,” said Mr Kendall.

“What Mr Thomas tells me is he struggled with this situation and turned to drugs to cope. He told me he had given up and didn’t care about himself anymore. He knows that in no way excused his behaviour. He feels awful for the victims of the offences He has put himself in the shoes of the victims and appreciates what they must have felt. He has been going over it in his cells.

“He has found solace in religion. His partner’s grandfather is a chaplain who has helped greatly. He has been seeing a chaplain while in custody and is back with his partner who sits at the back of court.”

Judge Tracey Lloyd-Clarke said Thomas’ actions were intended to “maximise fear” in his victims. Despite his remorse and young age, she told him: “You left a number of people in fear of their lives.”. She sentenced Thomas for five years and three months. 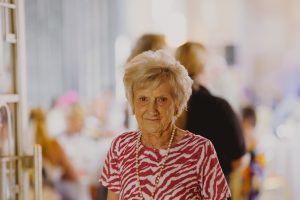